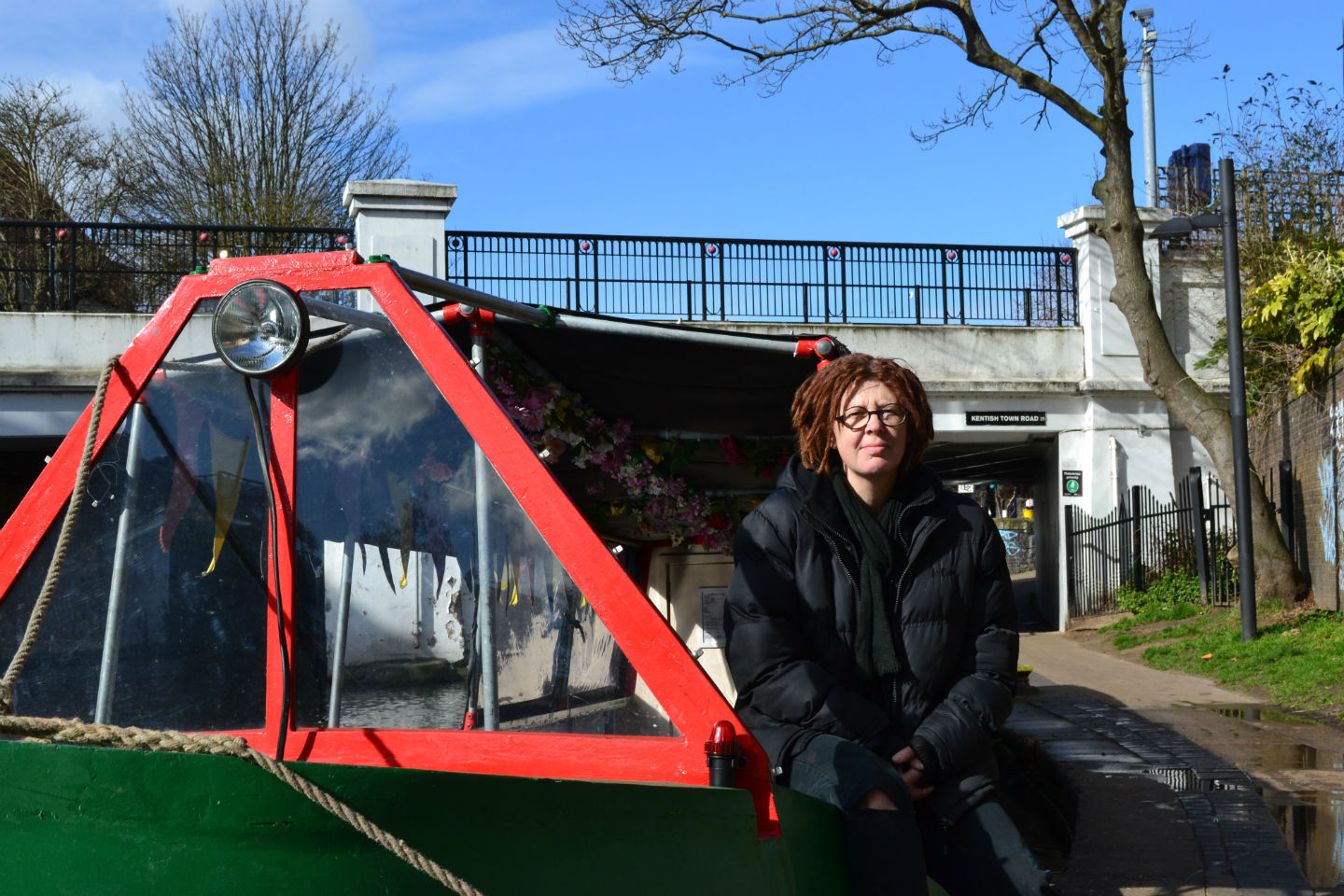 In this new weekly series we meet different folk who’ve made their home afloat. This week – the cruise barge operator

What inspired you to operate trips on the canal?
I’ve lived on a boat for about seven years, ever since I moved to London from Edinburgh to teach swimming. Someone I was training with said I could rent her boat, I really liked it, so sold my flat and bought a boat instead.

I’m an artist, and it’s always difficult as a creative person to get work. So I’ve always done other things, too: I’ve had millions of careers, from a lecturer to working as crew on waterbuses in Paddington. I did my training to get a passenger license so I could steer a commercial boat, then thought I wanted to run one myself, as I knew there were things that I could improve.

How did you come across Lapwing?
A couple of years back I saw a fifty-year-old boat on eBay in a field between Wigan and Liverpool, and paid £5K for it. It was a wreck, knee-deep in mud, but I knew it would float as it was full of water. Once the engine had been put back together, I navigated down to London, which took about six weeks, mainly because there was little daylight at that time of year.

What was the journey like?
One of most difficult things I’ve ever done: physically demanding because I was on my own for three hundred miles, and three hundred locks. Not to mention two of Britain’s longest tunnels. The route down was very rural for most of the journey: Wigan, Manchester, Midlands, Watford, London. But it was absolutely freezing, with no heating and rainwater coming in through a leaky roof. I met some lovely people, however, who were always ready to make me a hot drink. Sometimes the canal was frozen, but I had to keep going as the boat was so vulnerable: I had a tarpaulin cover thrown over the top, the cabin didn’t lock, there was no security, and I wanted to make sure it was safe. And I couldn’t sleep on it either: I’d lie down fully clothed on a fold-up bed next to the boat to sleep, then awake about 5am, and start moving at dawn.

Cripes. And all to start these boat trips?
Yes. It was worth it as I knew from my previous experience that people like to be out in the sunshine, so, once I was back here I customised the boat to allow the covers to come completely off; I call it London’s only soft top. It now accommodates twelve and we take them wherever they want to go, mainly Camden, King’s Cross and Islington. People just book and bring booze, food and music.

So you like the new King’s Cross?
It’s fantastic, I can’t wait to see it finished. I like Caravan, and Grain Store, where I do my emails, and we moor just by the steps to pick up customers. It used to be derelict wasteland five years ago; you’d stop at Camden and then go straight through to Islington.

What are the worst aspects of boat life?
Everything takes so much time: even to get the boat to Camden Lock from King’s Cross takes two hours. You have to be organised, make sure you have everything you need, and ensure the toilet’s empty, and you have enough fuel. Your life has got to be adapted to fit on a boat, you can’t do it the other way round. You can’t suddenly get a job in a bank, and expect your clothes to be ironed – because it’s not going to happen.

And finally, the best thing?
If you don’t like your neighbours you can move! Plus I get to travel all over London: I’m in Little Venice now, and before that it was Watford and Cowley. Every time I move to a different area I feel Iike I’m on holiday, even though I’ve done it for seven years: there are new restaurants and places to see, and I love it for that. I wouldn’t want to live in a flat again.