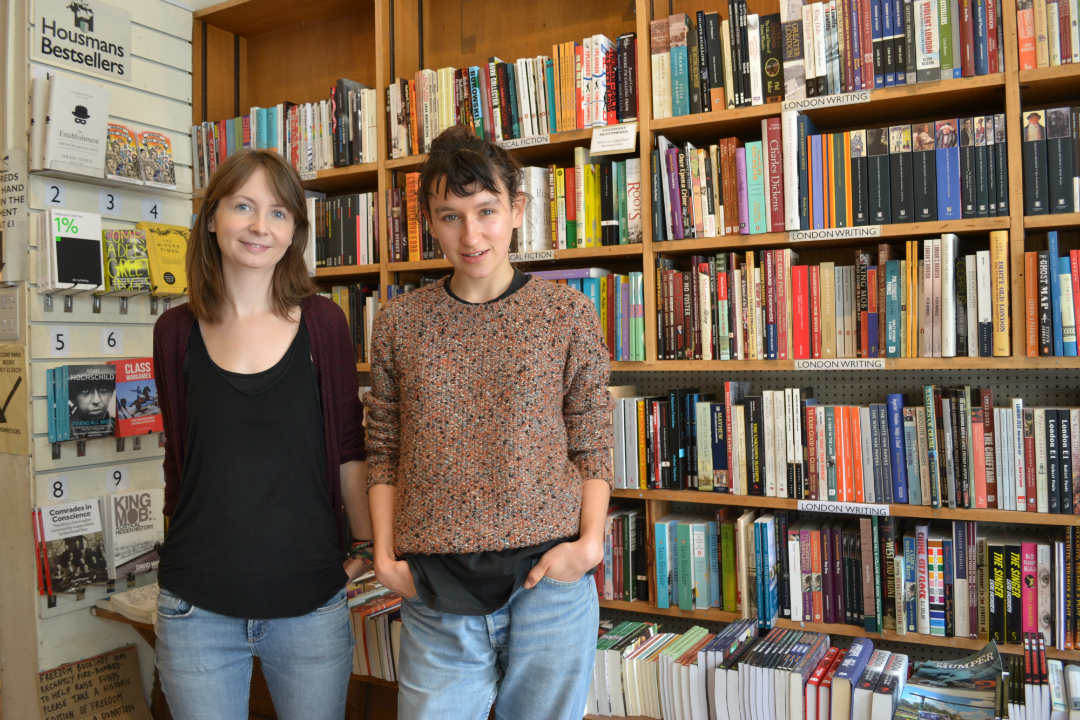 Housmans: the story of a radical bookshop

Housmans Radical Bookshop opened its doors in 1945 and is owned and run by the Peace Movement. Like the literature it sells and the events it hosts, the store employs and attracts people who support a wide range of political movements, from communists and pacifists to feminists and anarchists.

Whether you are absolutely certain of your political leanings and have an in-depth knowledge of the movement you support, or are just interested in sitting in on a talk or browsing the titles on offer without any particular direction in mind, everyone is welcome.

I have been working as a volunteer at Housmans for about a year, and each day I come across a new story about its place in the political landscape of the UK.

The floors above and below the bookshop provide meeting rooms, offices and headquarters for various radical publications and organizations. From its beginning, it has been, and still is, an important meeting place for many prominent radical political movements.

It was within the Housmans building that the CND met and created their iconic CND badge symbol. The Gay Liberation Front had their offices here and The London Lesbian & Gay Switchboard, founded in 1974, provided an information and support helpline that operated for five hours every evening.

The Anarchist book fair, which is still held in London every year, was set up in 1983 with the help of Housmans. It also gave support to the miners’ strike in 1984 and was involved in The Stop The War Coalition, which was set up in 2003 to oppose the invasion of Iraq and Afghanistan.

But what is the story behind London’s radical bookshops? During the late 1600s and early 1700s, large numbers served as meeting places and educational resources for the curious and impassioned.

It was then that the consumption and distribution of radical print in the capital was at its height. Coffee shops sprang up all over Europe’s major cities and were key hubs for radical thinkers. There were as many as 3,000 coffee houses here in London which played host to caffeine-fuelled debate.

Fast forward to the era from the 1940s to late 70s and there was a passion for politics with a belief that one really could create a change within society. This sense of purpose and power is only just beginning to resurface in society today. Sadly, in 2014 Housmans is but one of a handful of bookshops still in existence which provide opportunities for debate and distribution of radical thought.

The good news? There’s no end of passionate people who still walk through its doors, and although I may not always share their views, it’s refreshing to meet those who have an active interest in, and energy for, politics and change.

At the end of the Second World War, writer and playwright Laurence Housman, a sponsor of the Peace Pledge Union, suggested a permanent bookshop to promote ideas of peace and human rights.

A repaired bomb-damaged shop was leased cheaply from Westminster City Council at 124 Shaftesbury Avenue, close by the well-established literary area of Charing Cross Road. And the shop was duly named in honour of the originator of its concept, who had just turned eighty.

Housmans remained in biz on the site for only three years, but in 1958, a freehold former post office was acquired at 5 Caledonian Road. After renovation of the then century-old premises, Peace News moved into the upper floors during the summer of 1959, and Housmans resumed as a fully fledged bookshop.

Did you know Housmans has also been attacked several times over the years? In 1974, an IRA bomb blew up the pillar box directly outside. The explosion damaged some of the building’s windows, but caused no personal injury.

Four years later, a letter bomb – one of a series sent to radical and left-wing addresses – caused burns to a staff member’s hands. And even as recently as the 1990s a group of people brought long-drawn-out libel actions against the shop over anti-fascist literature that was stocked.

Still occupying its spot just up near the Cally Road lights after sixty years, it now stocks everything from obscure journals and rare freesheets to esoteric gay titles. There’s even good bagged artisan Zapatista Mexican coffee to take home for the cafetiere too. Stephen Emms