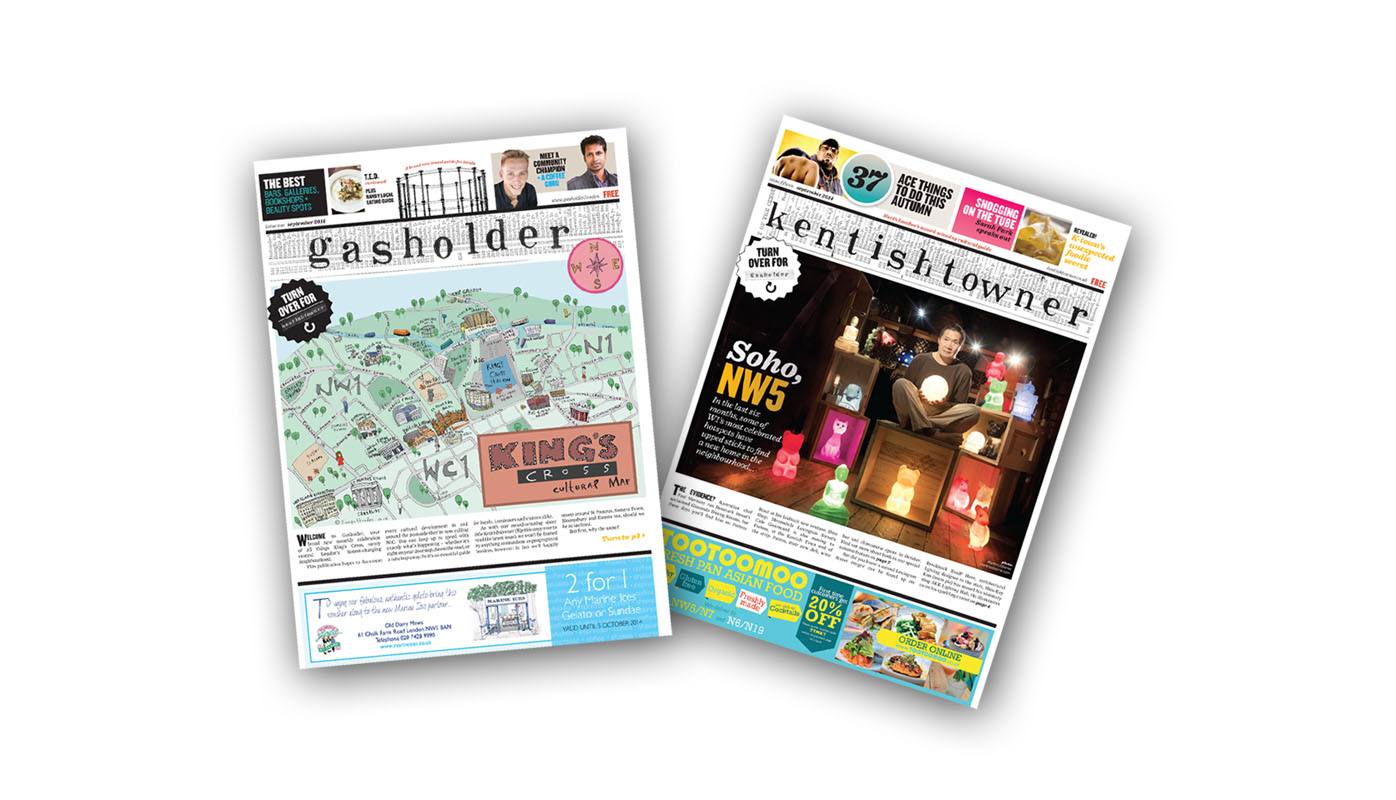 This lifestyle title will focus on all cultural developments in, around and near King’s Cross and St Pancras, central London’s fastest-changing neighbourhood. It will be available both online (gasholder.london) – and in print, initially as one half of a 24 page double-sided edition of the latest issue of Kentishtowner.

“It’ll be a lively mix of arts and food reviews, cultural news, and interviews with interesting characters,” says editor Stephen Emms. “We chose the name to symbolise both the area’s industrious past and future. We’re also excited that the restored Gasholder No.8 is back in place, and will have a new lease of life as cultural venue from next year.”

“Our aim now is to build upon the success of what we’ve already achieved in our part of north London with a network of location-specific titles,” says co-editor Tom Kihl. “So in conjunction with some of the capital’s top journalists we plan to roll out several more ‘travel guides for locals’ in 2015.”

Gasholder comes out on Monday 22 September and includes interviews with the UK’s first Muslim mayor, twentysomething coffee guru Shaun Young, a comprehensive eating guide to the area and a specially commissioned map by artist Sian Pattenden, who also writes us a regular column.

More about Kentishtowner and London Belongs To Me Ltd