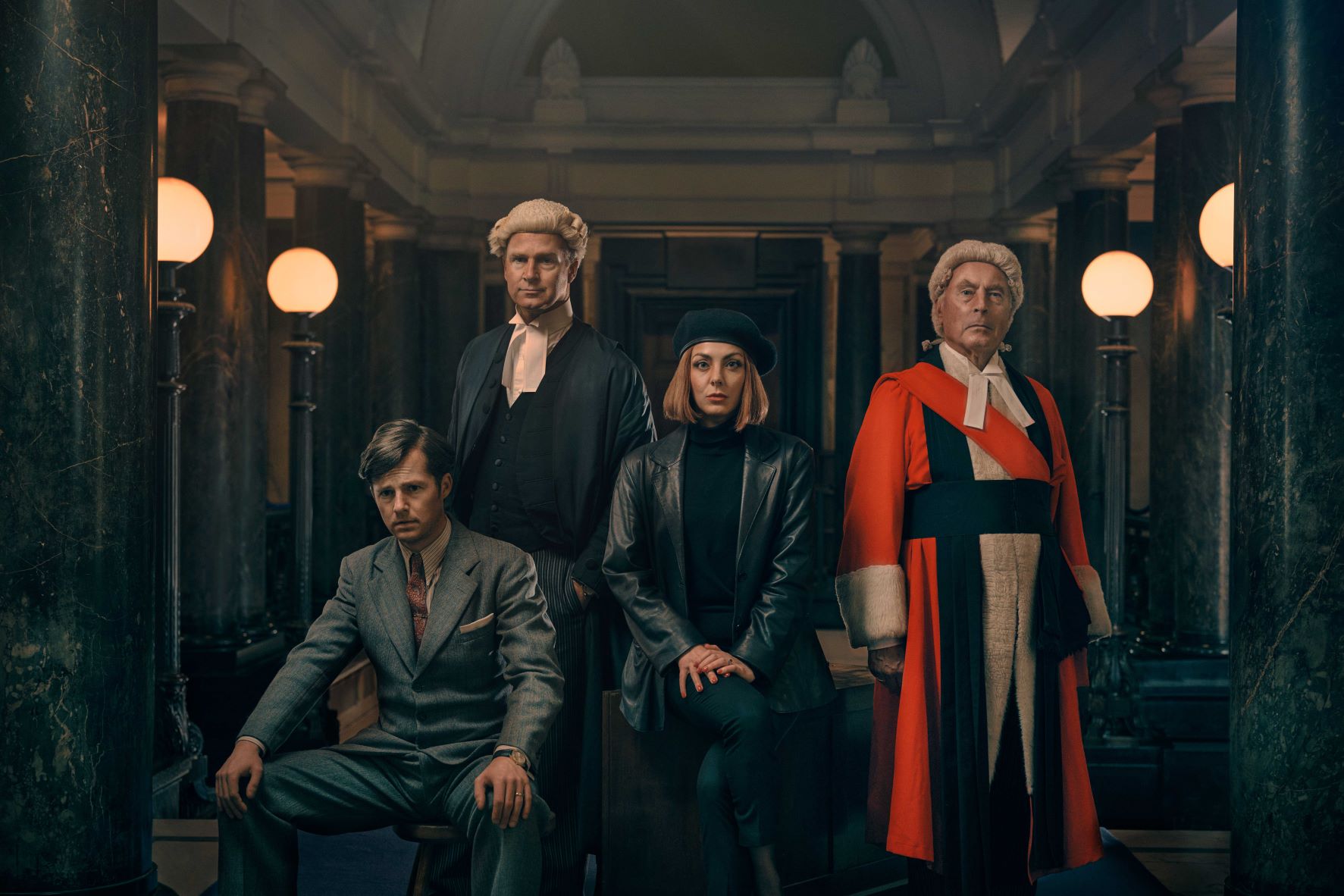 Witness For The Prosecution review: perfectly staged at County Hall

Growing up, I sped through nearly all of Agatha Christie’s 66 novels – but always preferred the non-Poirot and non-Marple ones. They seemed fresher, somehow.

Two were my favourites: underrated Endless Night (more twisted than 1920s classic Murder of Roger Ackroyd, which inspired it) and the all-time masterpiece And Then There Were None.

When I first saw Lucy Bailey’s production of Witness For The Prosecution back in 2017, it added a third to the list. Unbelievably, five years later – it’s just celebrated a half-decade run – the play still hasn’t lost its power to thrill. It may not be quite as dark and cerebral as Sarah Phelps’ untouchable 2016 BBC adaptation, but nonetheless its shock-factor is underlined by the untampered triple-twist original ending.

Its immersive setting – vast pillars, comfy padded seats and individual bureaus – is perfectly judged, deep within the atmospheric confines of the Chamber, a courtroom inside the 1922-built London County Hall on the South Bank. Here, the audience is placed within the action – you can even pay extra to be part of the jury, if you wish.

The story centres on Euston-dwelling lovable layabout Leonard Vole (ex-Eastender Harry Reid), accused of murdering a Hampstead widow to inherit her wealth. He must then convince the jury of his innocence and escape the death penalty – although apparently not if his ‘foreign’ wife Romaine has anything to do with it.

It starts with a bang – and the subsequent two scenes are so well set up that you’re rooting for Vole throughout the many twists and turns.

To avoid spoilers, it’s not worth saying any more than that. But the performances are great fun: Naomi Sheldon, as Vole’s wife Romaine, has a ball, as does Nicholas Day (lit terrifyingly at one point) playing the judge, and Dugald Bruce_Lockhart and Justin Avoth as lawyers for the defense and prosecution respectively.

It’s easy to forget how much humour there is in Christie, and the play easily alternates between tragic and comic, grandeur and bathos. And the #awks jokes on Romain Vole’s ‘foreignness’ take on something of an additional potency in these post-Brexit times.

A word of warning: don’t lose a single second’s concentration in the last scene as the ingenious denouement is short, sharp and stark. If nothing else, it ensures you’ll be unpicking the plot on the way home.

Witness for the Prosecution is now booking at London County Hall until Spring 2023. Tickets and more info here.

If you’ve enjoyed reading this, perhaps you could help us out, too? Kentishtowner and Gasholder are now in our 12th year, but with the demise of our free independent monthly print titles due to advertising revenues, we need your support more than ever to continue delivering cultural stories that celebrate our neighbourhood. Every contribution is invaluable in helping the costs of running the website and the time invested in the research and writing of the articles published. Support Kentishtowner and Gasholder here for less than the price of a coffee – and it only takes a minute. Thank you.