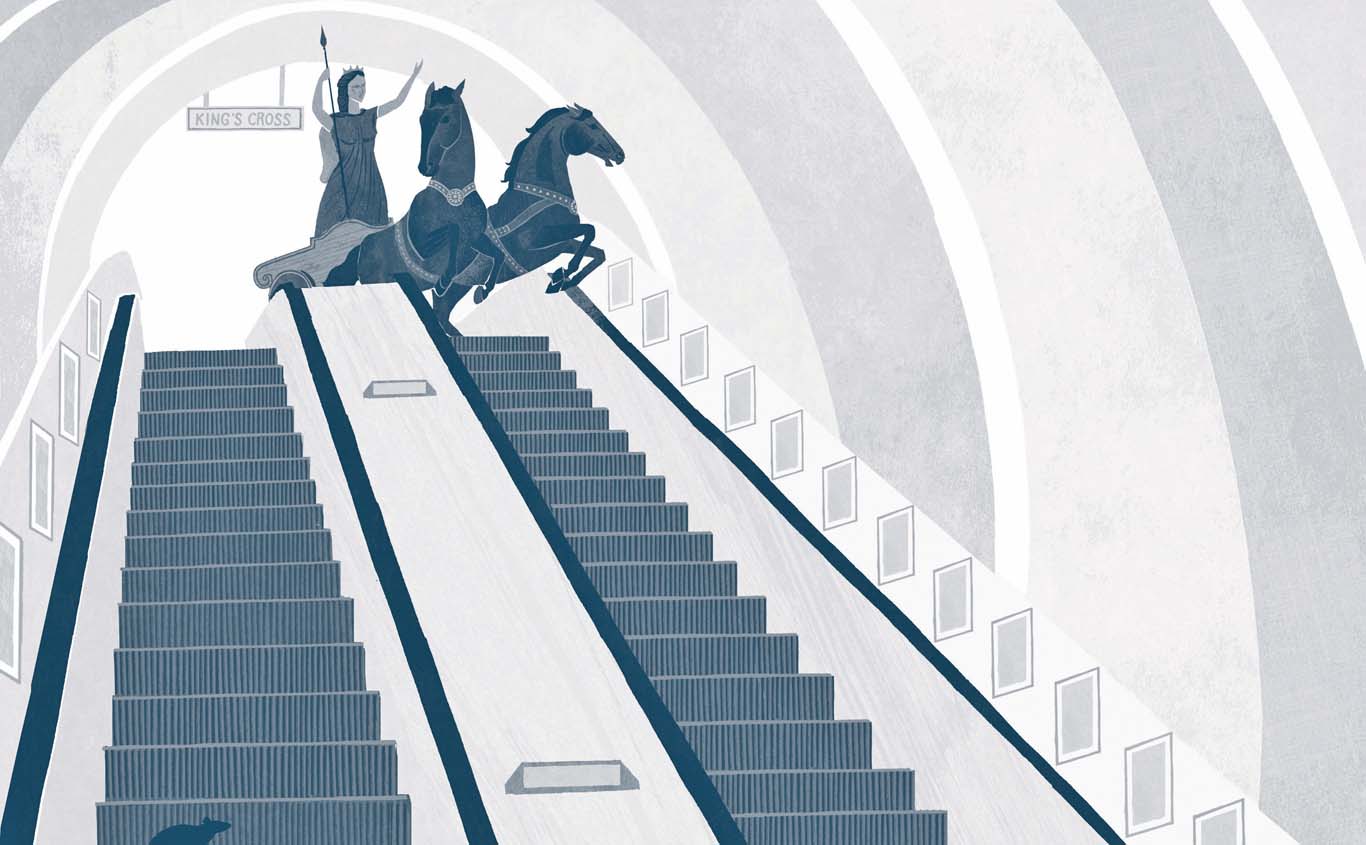 Is Boudicca buried beneath Platform 10 at King’s Cross?

In an extract from his book, 'Everything You Know About London is Wrong', Matt Brown tells us why this legend is local hokum

One of the earliest names in London’s history is Boudicca, queen of the Iceni tribe. This native Brit led a fearful campaign against the occupying Roman forces, culminating in the total destruction of London (then called Londinium) in around AD 60, along with the places we now call Colchester and St Albans.

The first item to clear up is her name. For generations, schoolchildren were taught to call her Boadicea. Then, rather recently, it switched to Boudicca. It’s hard to let go of a truth that’s hardwired from your schooldays, and many still cling to the name of Boadicea like stubborn charioteers. The spelling is reinforced by her statue on Westminster Bridge, beneath which the name of Boadicea is engraved, bold as brass.

Yet the earliest sources, including Tacitus (who was alive at the time of the sacking), clearly render her name as Boudicca (not just in translation, but also in the original Latin). The spellings of ‘Boadicea’ and ‘Boadicia’ were introduced in Tudor times and then popularized by eighteenth-century poet William Cowper in his ‘Ode to Boadicea’. This appellation became standard until recent times, when scholars and teachers drifted back to the original sources. The Telegraph newspaper, ever the bastion of conservative values, still dictates ‘Boadicea, not Boudicca’ in its style guide.

But back to the quirky piece of trivia that heads this section. Boudicca’s final resting place has long eluded archaeologists, though many locations claim her. An enduring myth places the queen beneath either Platform 9 or Platform 10 at King’s Cross station.*

This outlandish suggestion was probably invented in the twentieth century, but stems from much older folklore. The name ‘King’s Cross’ came into being in the 1830s, with the erection of a much-hated monument to George IV. Before that, the area had long been known as Battle Bridge: ‘Bridge’ because the now-buried River Fleet runs through the area and was spanned here, and ‘Battle’ because the location was traditionally associated with the final conflict in which Boudicca was vanquished. Historians do not hold much with that etymology. It is likely that ‘Battle Bridge’ is a corruption of ‘Broad Ford Bridge’ or ‘Bradford Bridge’. There is no evidence that the Boudiccan battle took place here, or anywhere else near London.

Another site associated with the great queen’s burial can be found a couple of miles north on Hampstead Heath. The tumulus in Parliament Hill Fields certainly looks the part of a burial mound, and it may well have been so in days of yore. It has, for centuries, been linked with the queen of the Iceni, and was even mooted as a possible site for the sculpture that now stands by Westminster Bridge. Sadly, an excavation in the 1890s yielded no evidence of interment, regal or otherwise. Other potential graves abound, from Stonehenge to Colchester. One recent and improbable conjecture points to the site of a burger chain near Birmingham – a flame-grilled whopper if ever there was one.

*FOOTNOTE: This has a curious resonance with J. K. Rowling’s platform of choice in the Harry Potter stories. Juvenile wizards catch the Hogwarts Express from Platform 9¾ at King’s Cross station, right where Boudicca is said to lie. Tourists will queue for over half an hour to snap a selfie at the supposed location. The Boudiccan coincidence is just that, however. Rowling has confessed that she was visualizing nearby Euston station when plotting the books: she got the station wrong.

Extracted from Everything You Know About London is Wrong, by Matt Brown, published by Batsford.