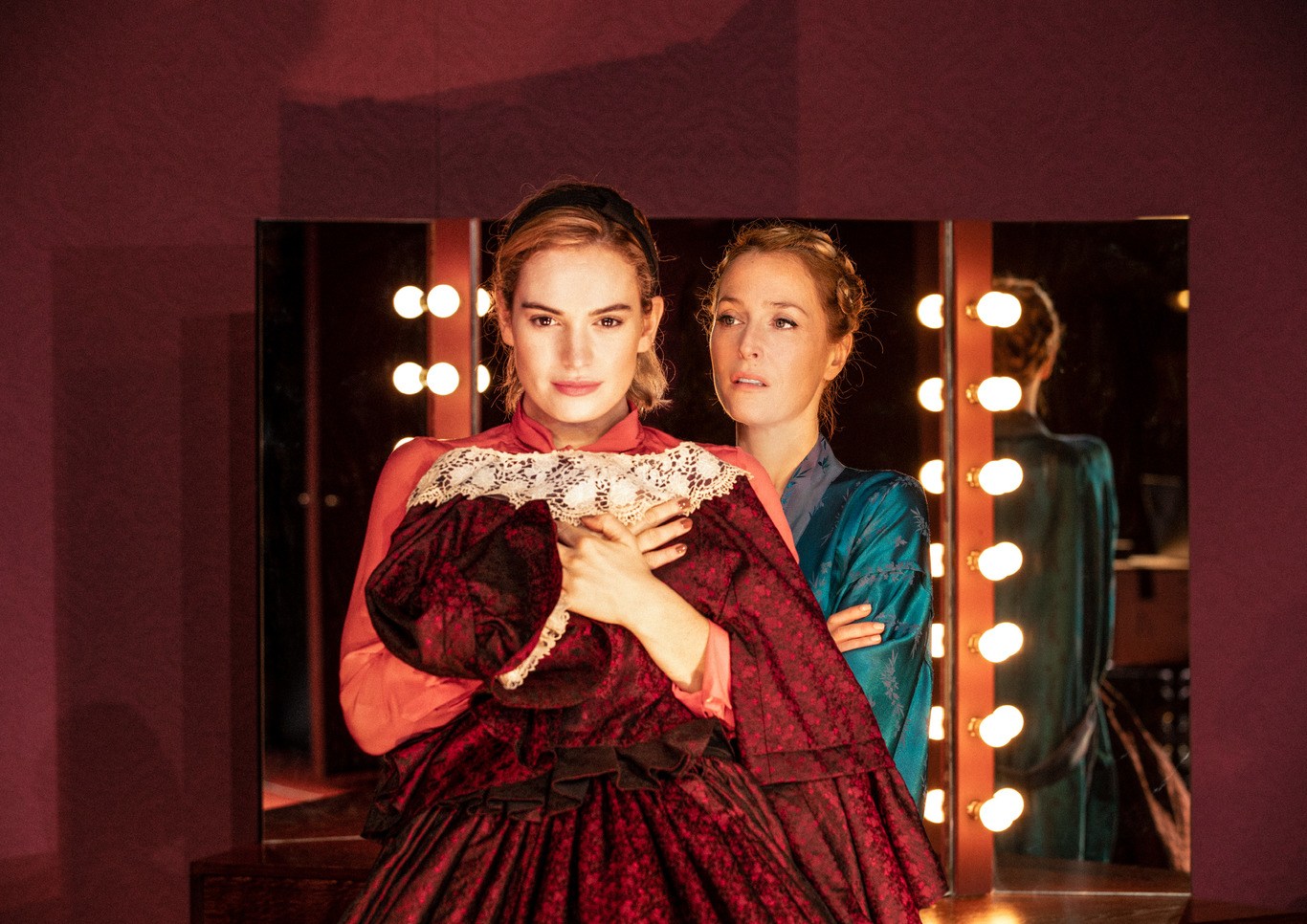 f you haven’t ever seen the iconic 1950 Hollywood movie, with its acidic deconstruction of celebrity, be sure to catch it on Netflix before you book Belgian director Ivo Van Hove’s star-studded West End production.

Why? Because this ambitious new stage adaptation, which cleverly mixes live film and theatre, is quite different in tone and staging. As you’d expect, the performances are spot on: Gillian Anderson adds a delicate frailty to Bette Davis’ haughty original creation Margot Channing, the ageing star who believes the spotlight should always be hers. Meanwhile, Lily James cleverly nails the nuances of super-fan Eve, the wide-eyed eager ingenue who morphs into a surprisingly scheming monster.

The expansive set, by Van Hove’s longterm partner Jan Versweyveld, is influenced by Andy Warhol’s Factory, using the brick walls of the theatre to give an industrial warehouse backdrop strewn with outsize portraits of the stars and shabby furniture. And the atmosphere is further heightened by music from double Mercury Prize-winner PJ Harvey.

But what’s most striking – and at times, overwhelming – is the live film projected simultaneously above the stage, shot by camera operators who prowl around the actors for close-ups. The technique seems to underline the claustrophobic, goldfish-bowl celebrity existence that will become Eve’s own over time; a detail underlined by the script’s neat ending.

And yet giving the audience access into the far corners of the stage (and adjoining closed-off rooms) via these overhead screens also provokes tension in our minds over what to focus on, making for a disorientating watch – especially so during a climactic restaurant scene where the cameraman circles the group to powerful effect.

It’s perhaps most persuasive in the central party scene, a protracted meditation on transience and the disappointment of being a “body with a voice”, as we watch a drunk, bedraggled Gillian Anderson dragging herself across the bathroom; and later, in the imagined ageing sequence which, despite its sledgehammer subtlety, is poignantly at the show’s heart.

ost enjoyable performance? Bafta award-winner Monica Dolan, who plays narrator – and self-confessed industry nobody – Karen, whose timely swagger, gossipy asides and, ultimately, involvement in the mechanics of the plot add up to scene-stealing excellence. I loved every moment she was on stage (ditto Sheila Reid’s wise Birdie).

Elsewhere, Julian Ovenden and Rhashan Stone capture director Bill Sampson’s arrogance and Lloyd Richards’ muscular womaniser admirably; and Stanley Townsend is almost exactly how he should be – and how I remembered the character in the film – as waspish critic Addison DeWitt.

Overall then, a memorable reboot of an ever-relevant tale – if one to admire (chin-strokingly, perhaps), rather than head-over-heels adore.