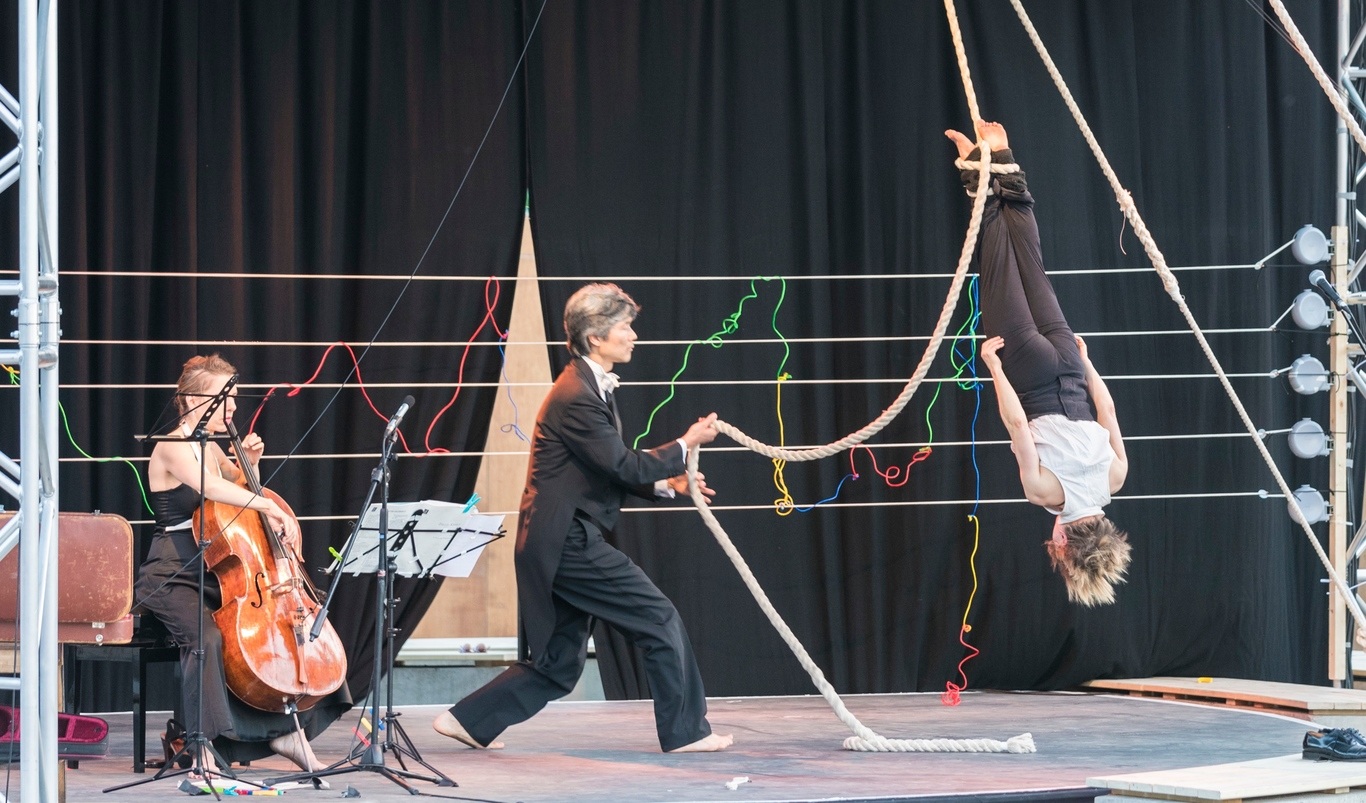 Step inside the secret theatre of King’s Cross

ucked away in Central Saint Martins lies one of the capital’s lesser-known theatres. Platform, which opened alongside CSM back in 2011, consists of four performance spaces and a vast foyer bar.

As is to be expected from the theatre inside one of the (if not the) world’s leading art and design schools, it showcases an eclectic range of experimental, thought-provoking and conversation-starting works from students, alumni and external companies alike.

We swung by to meet theatre manager Federica Lippi, and creative producer and public programmer Sarah Hardie. Arriving a few hours before the matinee of Chekhov in Hell, we were accompanied by the ambient sounds of student-actors warming their vocals; trilling, coo-cooing and haw-hawing in preparation.

“We practically always have something on here,” says Sarah, an artist and curator who has been working at Platform for six months. They programme a mixed bag of works spanning dance, music, theatre, performance art, debates and audio-visuals.

“One of the biggest perks of this venue is that the stage has retractable seating,” says Federica, who has been working at Platform for two years, following on from a twelve-year stint as a sound engineer at Southbank Centre. “This makes the space very versatile: it can host performances in the round as easily as the runway for the BA fashion show,” she says.

Though the venue hosts independent external events – arts festivals like the London International Mime Festival and Dance Umbrella – the focus is primarily on student-led public performances.

These consist of the “more traditional” – as Federica dubs it – works by the Drama Centre London, through which student-actors work alongside professional directors, set, costume, lighting and sound designers, hired by the school. The focus is on acting excellence though they make the shows as professional and engaging as possible.

Alongside this are the more experimental productions from CSM’s Performance: Design and Practice (PDP) course. They aim to showcase dynamic experiments, often focusing on innovations in theatrical techniques and materials. “The students will often design the sets, costumes and use multimedia; projections, live camera screens,” says Federica, while flicking through photos of some of their most innovative designs like she’s showing snaps from her holidays. “It is all student-led and student-made,” she says, but the Platform staff are there to offer the technical and logistical support to “help them bring their creation to life.”

Both concur that Platform’s existence inside CSM gives it a unique atmosphere. “The programme is so varied,” says Sarah, “it is so inspiring being around all these creatives who are thinking all the time, making all the time, having conversations that are really important and engaged with the wider world,” she says. “Seeing work come to life on this stage reminds me why I love art. It showcases the potential of art when everyone believes in it. This is such a powerful place to be.”

Sarah’s vision for the space is that people come to CSM on any given evening or afternoon and “just see what is happening,” she says. “There is always something open to the public, almost every day, we do 500 events a year, there’s a lot going on.”
There you have it, an open invitation to swing by the inimitable theatrical space next time you’re mooching around Coal Drops Yard or grabbing a bite in Granary Square.