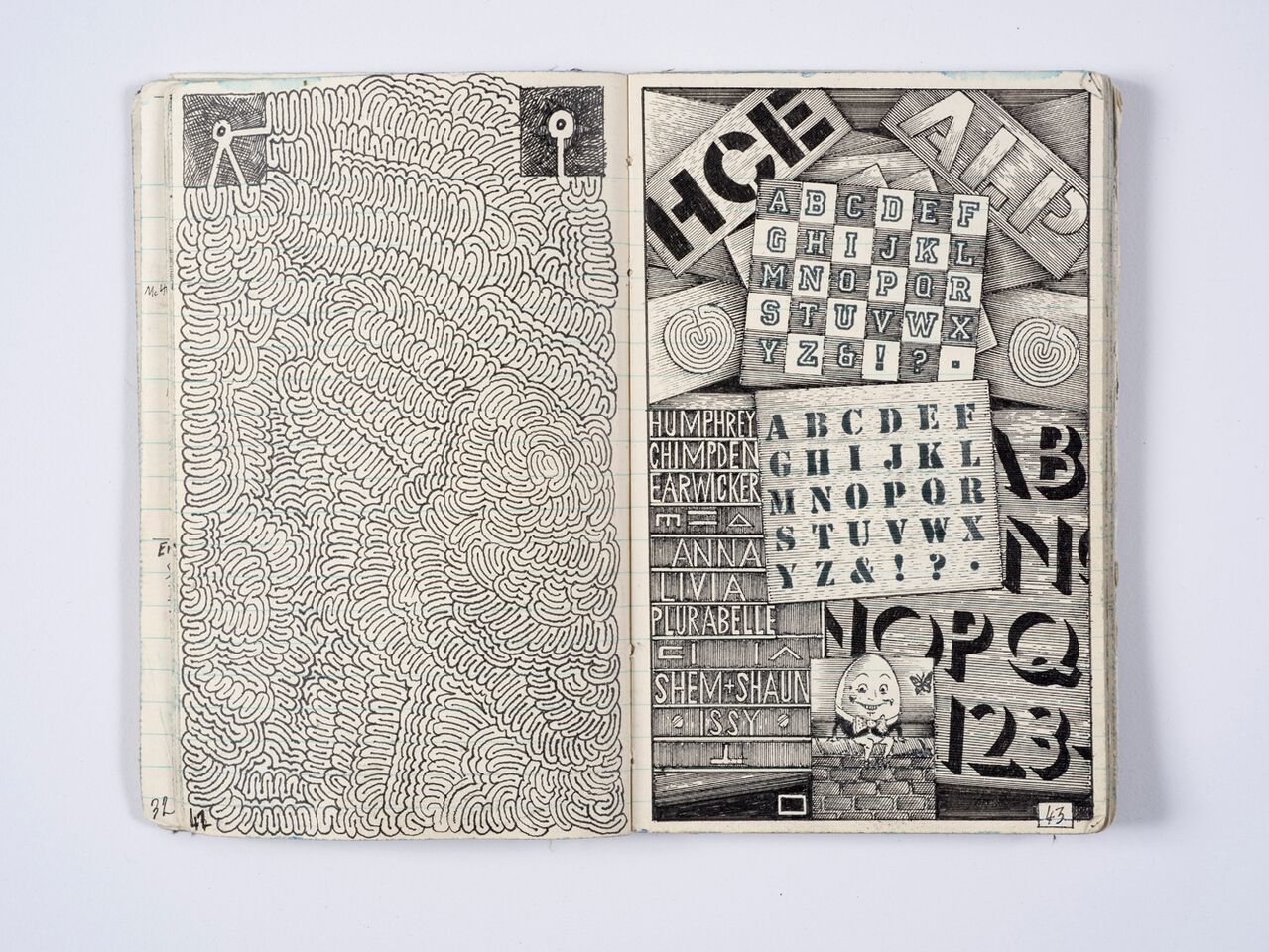 his solo exhibition of work by acclaimed illustrator John Vernon Lord has just launched at one of our favourite contemplative spots in King’s Cross. It features 80 pen and ink drawings for five classic books Lord has illustrated in recent years, including Alice’s Adventures in Wonderland and Through the Looking-glass by Lewis Carroll, as well as Finnegan’s Wake and Ulysses by James Joyce.

Twelve personal sketchbooks will also reveal Lord’s remarkable working process, which is steeped in pattern and code. They include meticulous records of the time spent on every illustration, amounting, for example, to 499.25 hours spent on illustrating Finnegan’s Wake and 622 hours illustrating Alice’s Adventures in Wonderland.

His 1972 picture book, The Giant Jam Sandwich, has become a modern classic, while other well-known works include his award-winning editions of The Nonsense Verse of Edward Lear (1984) and Aesop’s Fables (1990), for which he won the V&A/WH Smith Prize for illustration.

One for a rainy late August morning, perhaps.