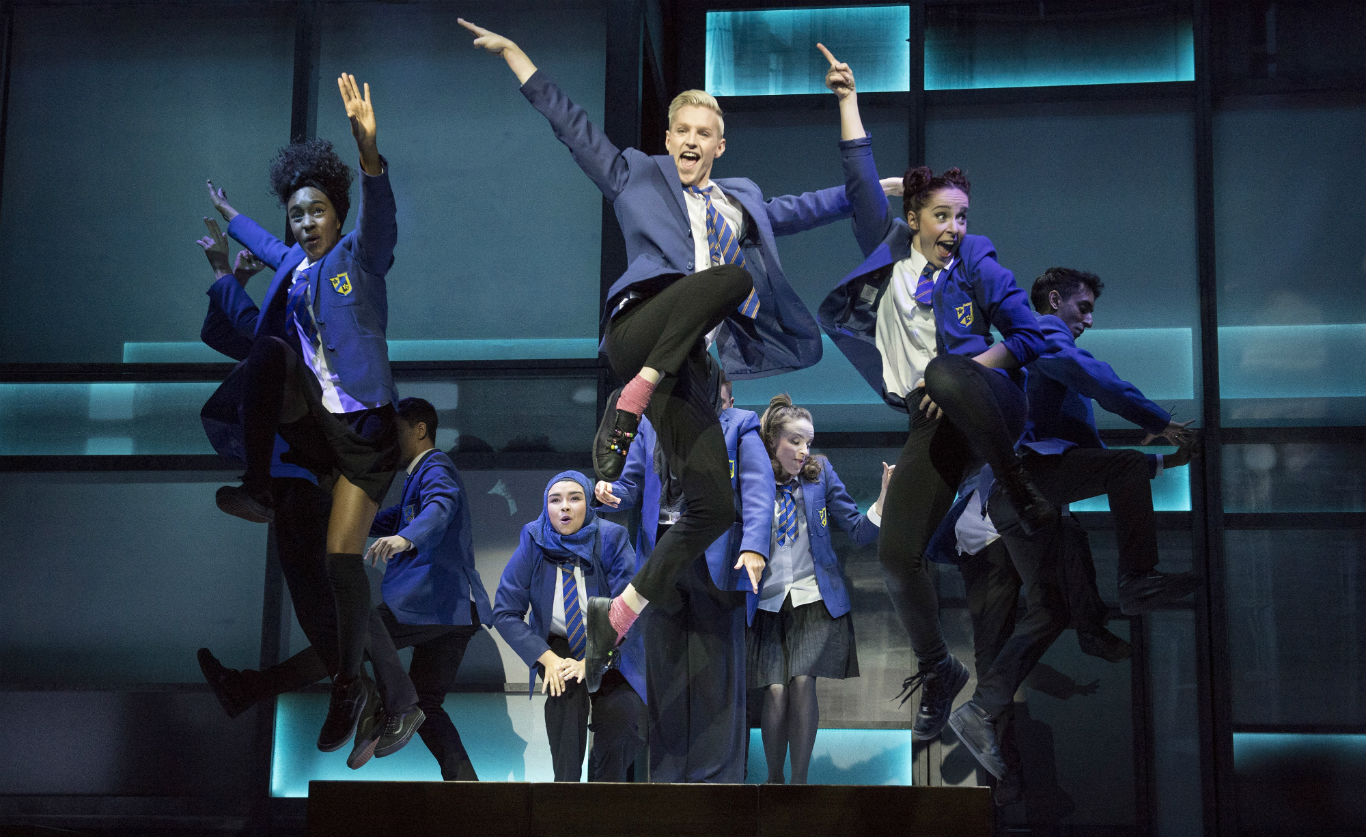 Everybody’s Talking About Jamie review: ‘it will bring a tear to your eye’

The smash hit musical has been extended for another year. But is it any good?

ou couldn’t actually make up the real-life story behind this one. Back in 2010 a sixteen-year-old boy was intent on becoming a drag queen, and emailed all the video production companies he could find online for help in telling his story.

The upshot? A documentary, Jamie: Drag Queen At 16, was shown on BBC2 in August 2011, and seen by theatre director Jonathan Butterell, who decided the “story of the working-class boy who wanted to go to his school prom in a dress” simply had to be turned into a musical.

Which is what he set about doing with writers Tom MacRae and (and lead singer of The Feeling) Dan Gillespie Sells, the resulting play a hit at the respected Sheffield Crucible.

After an inevitable move to the West End last November, the latest twist in the tale is that a movie version is now in the making – and the play itself has just bagged another year on Shaftesbury Avenue, running right through until 2019.

Phew. But is it any good? In a word, yes, although to be fair some elements work better than others. The story is classic coming-of-age fairy-tale: Jamie has to confront prejudice, conservatism, bullies and fight for acceptance as he steps into the spotlight as a drag queen.

It’s mostly, however, about the ferocious bond between mother and son, highlighted by some soaring numbers. Newcomer John Mccrea is brilliant, a real star in the making (his CV is shaping up well too, with a recent appearance in last year’s cult Brit-pic God’s Own Country).

The first half unfolds as an undiluted delight as we follow Jamie from classroom to home to his best friend Pritti’s house (a superb Lucie Shorthouse) and then Loco Chanelle’s drag attire shop for the first time. Many scenes take place at school, especially the opening number (And You Don’t Even Know It) with its defiant, self-aware tone. The sets are hi-tech, fast-moving and varied, with scenes easily switching from the kitchen sink to the outdoors and local LGBT bar.

The central relationship between Jamie and his mum (Josie Walker) plays out beautifully: there’s never any question of him not being accepted by her for being gay, and she’s long known of his drag inclinations, even giving him some red heels for his 16th birthday. Much of the humour comes from their dynamic relationship with family friend Ray (Shobna Gulati).

This might all sound crass, but it’s not; and the songs about youthful dreams and life being ahead of you, including the awesome Spotlight, may just bring a tear to the eye. Other highlights? Work of Art and Over The Top, both strident, energetic songs that end the first half so dramatically.

At the interval, I was buzzing with the exuberance of it all, hoping the finale would match it. But the second part, typically darker as these things go, is less sure of its direction, while the drama itself lacks weight (I wasn’t so keen on the sub-plot involving Jamie’s estranged father, either). There is, however, one outstanding number, He’s My Boy, a six-minute ballad that matches Dusty Springfield’s finest moments (or even perhaps the killer Easy To Be Hard).

And you’d have to be a right old misery not to enjoy the singalonga finale with the trio of drag queens and full cast, which seems both to foretell and announce its status as West End institution – like Mamma Mia, Priscilla and so many before – for the foreseeable future.

Having gone from idea to West End smash in three years is impressive, and there’s no arguing that the play isn’t something of a modern musical classic.

And yet isn’t it a little ironic that the original real-life character Jamie Campbell, despite his smash-hit story, hasn’t in fact pursued his drag queen ambitions?

“I don’t feel that’s my calling,” he said recently in The Guardian. Maybe he’s happy living vicariously – if you can call it that – instead.

Main image: Cast of Everybody’s Talking About Jamie at the Apollo Theatre. Photo by Alastair Muir