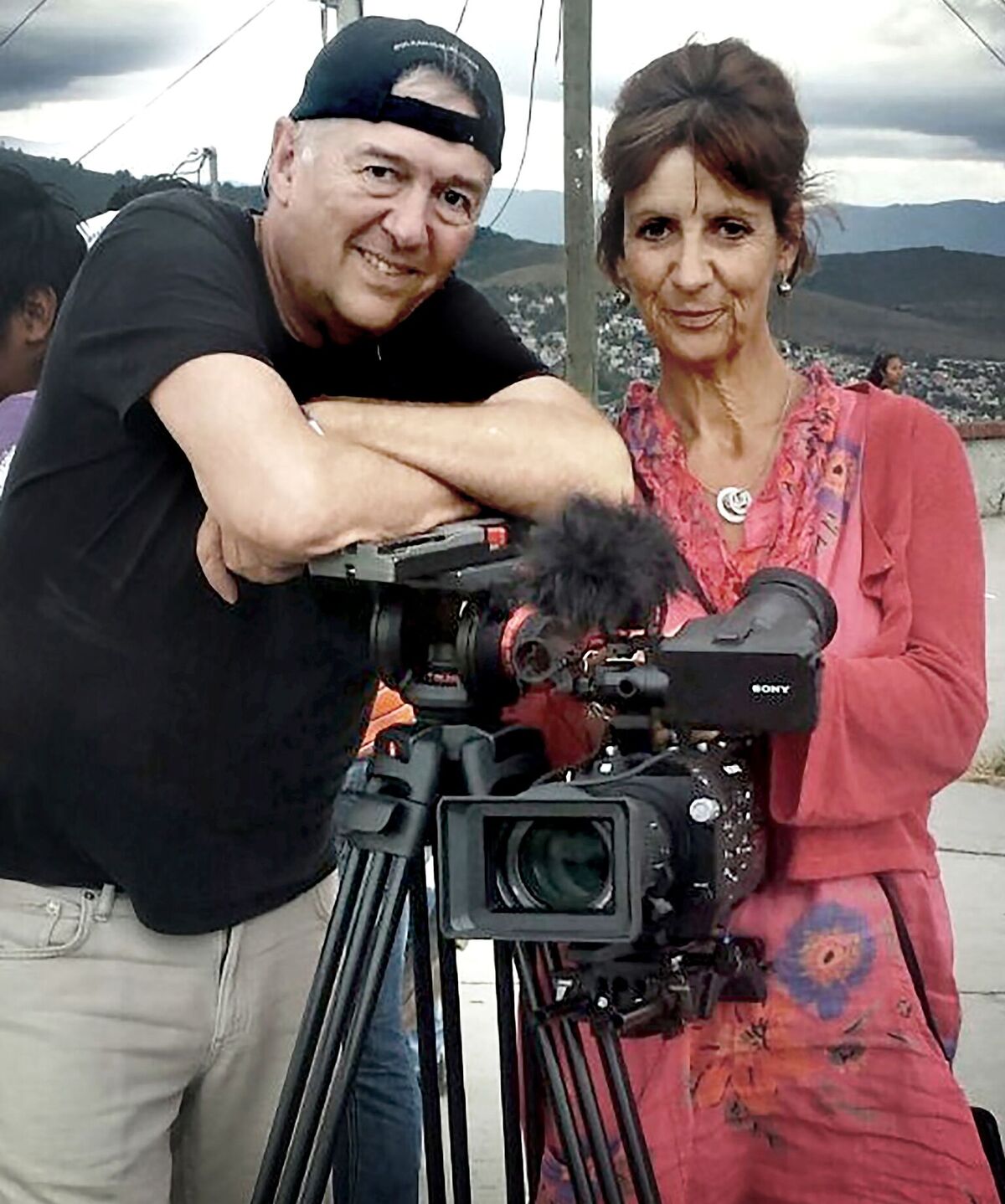 A Love That Never Dies: a movie about grief and hope

I first met Jane Harris and Jimmy Edmonds on the saddest day of their lives. Their son Josh, a former colleague of mine and a promising young film-maker, had just been killed in a road accident while out seeing the world in Vietnam. It was his funeral. He was only 22. Yet the service they had created in his honour over such a hurried, emotionally turbulent time was something quite extraordinary.

Not only had they thrown out imposed sombre traditions, what they chose instead revealed an eruption of creativity. Expressing their love – and embracing their pain – through creating things has become the process they’ve since let take over their lives.

What began as a desire to build a coffin themselves and decide their own humanist rituals and celebrations has flowered
into a string of projects, the latest of which, a full-length documentary A Love That Never Dies, premieres at the Prince Charles Cinema this month.

Where some people may retreat into the depths of their grief, Jane (a psychotherapist by trade) and Jimmy (a BAFTA award-winning documentary maker) naturally found they wanted to share their experience. It was their way of coping with the new reality thrust upon them, and in the process, they began to see how that openness might help others going through similar loss.

“Bereaved people, and particularly bereaved parents, can feel very isolated in their grief,” says Jane. “The silence around that aloneness can be deafening. You walk into a room and there is almost a hush. We wanted to bring death into the open and challenge the silence that fear seemed to bring up in us, and others.”

Jimmy found solace in doing what he knew best: making films and photography. He created a book, Released, featuring images of Josh interspersed with his ashes. It is a truly stunning work. The couple made a film, Beyond Goodbye, dedicated to Josh featuring his unique funeral. They were then invited to make one called Say Their Name, for bereavement charity The Compassionate Friends.

“By talking, writing and making films, we aimed to do something creative and constructive that would move things forward and open up conversations,” says Jane. “We are making the statement that the silence is not ok.”

The couple set up a charity, The Good Grief Project, which supports the idea that grieving – while always painful, hard work – should equally be a creative and active process, and one that is universal to the human experience.

“There are important collective and cultural rituals that start with a funeral,” says Jimmy, “but maybe it’s the invented, more personal rituals that present a better insight to the way we grieve. Mine involves taking an image containing a photo of Joshua to all the places we visit. Others write their child’s name in the sand or leave tokens for others
to find. Small acts may seem a bit silly at first, but overtime gather a significance not just as a way of remembering, but of healing the wound and nurturing the new you.”

As well as running workshops and offering advice via their website, their latest project involves doing what Josh loved most: travelling, and filmmaking. A Love That Never Dies is a roadtrip movie, a metaphor for Jane and Jimmy’s own journey over the seven years since their son’s death, and a chance to speak to other bereaved parents across the USA into Mexico.

From a family struggling not to blame themselves for their son’s death, to a story of two parents who met and fell in love because of their loss, the film uncovers pain, but also extraordinary accounts of endurance and resilience.

“Through our trauma we’ve learnt stuff that we hadn’t even dreamed of,” says Jimmy. “Talking to others who’ve gone through a similar thing in this film has revealed that shying away from grief is not at all helpful. Folk respond in all sorts of ways, but there is no specific rulebook and definitely no timetable.”

The common bond between the couple and those they interview ultimately sees a film full of a shared hope. Grief is
revealed to be universally transformative, and yes, life-enhancing.

Holby City actor John Michie, whose daughter died tragically last year at Bestival aged 25, has just become The Good Grief Project’s ambassador. His involvement is helping propel their work into the mainstream media, opening up exactly the kind of public dialogue they knew needed to happen.

It’s been an amazing journey for two parents to embark upon. Unexpected, unwelcome, but suddenly, absolutely necessary.”Someone asked me if I’d found closure yet, but I don’t want closure,” says Jane. “What does that mean – you shut a door and that’s it? We have found lots of openings, but never closure.”

A Love That Never Dies premieres at Prince Charles Cinema on 18th May, followed by a Q&A with Jane, Jimmy and John Michie. For more details about screenings and info head here, more on The Good Grief Project here.