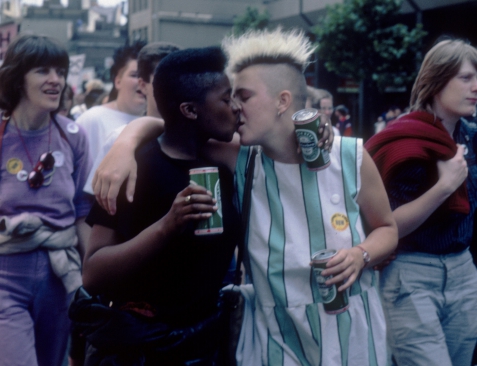 Our round-up of the best talks, art and activism in the capital all Feb, from Camden to Deptford

For the last 13 years, February has had a little rainbow flag stamped on the corner of our national calendar. It is the month in which we open up the archives and delve into our collective closet to uncover, celebrate and explore the UK’s LGBT+ history.

Last year was fairly momentous, what with it being the 50th anniversary of the partial decriminalisation of male homosexuality, but 2018 also has an impressive number of notable landmarks.

First up, it’s the 30th anniversary of the passing of Section 28, a painfully misguided piece of legislation that prohibited local authorities from disseminating materials that ‘promoted homosexuality’ in schools. It’s also the 40th anniversary of the murder of Harvey Milk, the first out-gay elected councillor in the US.

On a slightly more cheery note? It’s been two decades since Sarah Waters’ released her classic Victorian-era romp Tipping The Velvet, while the rainbow flag was launched in 1978 by Gilbert Baker.

The theme this year is Geography: Mapping the World, a response to the legalisation of gay marriage down under and the movement to do the same in South America. Many London events explore localised experiences, however – whether that’s working with youth groups in Hackney, artists in Camden or mapping LGBT+ histories in Deptford.

There are a couple of exhibitions running at the Hackney Museum. From Bedroom to Battleground sees installations courtesy of Project Indigo, a local LGBT+ youth group. Facilitated by artist Liv Wynter, it’s an attempt to convey what it is to be young and queer while growing up in the borough.

There’s also a series of wallpaper designs created by the over 50s working with artist Angela Groundwater: told through objects of personal significance, they examine the experiences of those around on the cusp of the partial decriminalisation of homosexuality in 1967. Free, 1st Feb–19th May, Hackney Museum, 1 Reading Lane E8

It’s the 9th time this annual art exhibition rolls into St Pancras Hospital. Showcasing the work of 37 professional and amateur artists from Camden, Islington and across London, it touches on various themes, from mapping the world to personal identity. The two-month multimedia exhibition features sculpture, montage, watercolours, installation, contemporary photography and painting. “Many LGBT+ artists do not go through conventional training and have not always had the chance to exhibit,” says Nigel Harris, Camden LGBT Forum Director. “The show gives many the opportunities to get their creativity out and share experiences with others.” Free, until 19th April. Conference Centre, St Pancras Hospital, 4 St Pancras Way NW1

This exhibition is the result of a scan of the Southwark Archives, plucking out queer histories from as far back as the 18th century. Starting with insights into ‘female husbands’, it follows the life of James Allen, born a woman but spent his life living as a man with his wife in Bermondsey. There are insights into 1960s drag culture and the emergence of gay disco scene pioneer DJ Tricky Dicky in the 70s, and the formation of local activist groups including the Sappho Sisters, Peckham Black Women’s Centre Lesbians and Gay Men In Southwark. Free, 17th-25th Feb, TenPoint5ive Gallery, Peckham Levels, Rye Lane SE15

On behalf of Goldsmith’s uni, Emma Kim-Van Mullin spent a chunk of last year making her way around Deptford, interviewing a range of LGBT+ people. In a rapidly redeveloping area where little info exists on the queer community – despite a rich history of gay culture in the 1980s and 90s – the project seeks to map their experiences. Emma decided to create a visual representation of her findings, and asked participants to mark their tales on a map. “Some people labelled their favourite bars, some marked where they had experienced abuse, and others recalled places that no longer exist,” she says. The map is open to contributions and available here. To take part contact @EmmaKMullin

Pre-Tinder, Diva and all things online, lesbians had a much tougher time finding each other. In this talk, Dr Jane Traies details the arrival of Arena Three, the first lesbian newsletter launched in 1964. With original copies on display, it uses the testimonies of older lesbians to show what a difference it made. Free, 15th Feb 1pm, LSE Library, 10 Portugal St WC2A

This panel discussion launches with a talk about the influence of Edward Carpenter, a lesser-known Victorian activist whose writings and life experiences had a greater impact on the LGBT+ movement than he’s often given credit for. This is followed by History Month founder Sue Sanders’ insights into Section 28 and Meg-John Barker on the history of the UK non-binary movement. Free, 15th Feb 6pm, LSE Life, Portugal St WC2A

This new pop-up is the first chance to explore the hidden history of LGBT+ migrants in Britain. Expect audio installations, mini-documentaries at a pop-up cinema, a zine-making workshop and a chance to have a chat and a drink with the Rainbow Pilgrims team. Free, 22nd Feb, The Workshop, Lambeth High Street, SE1