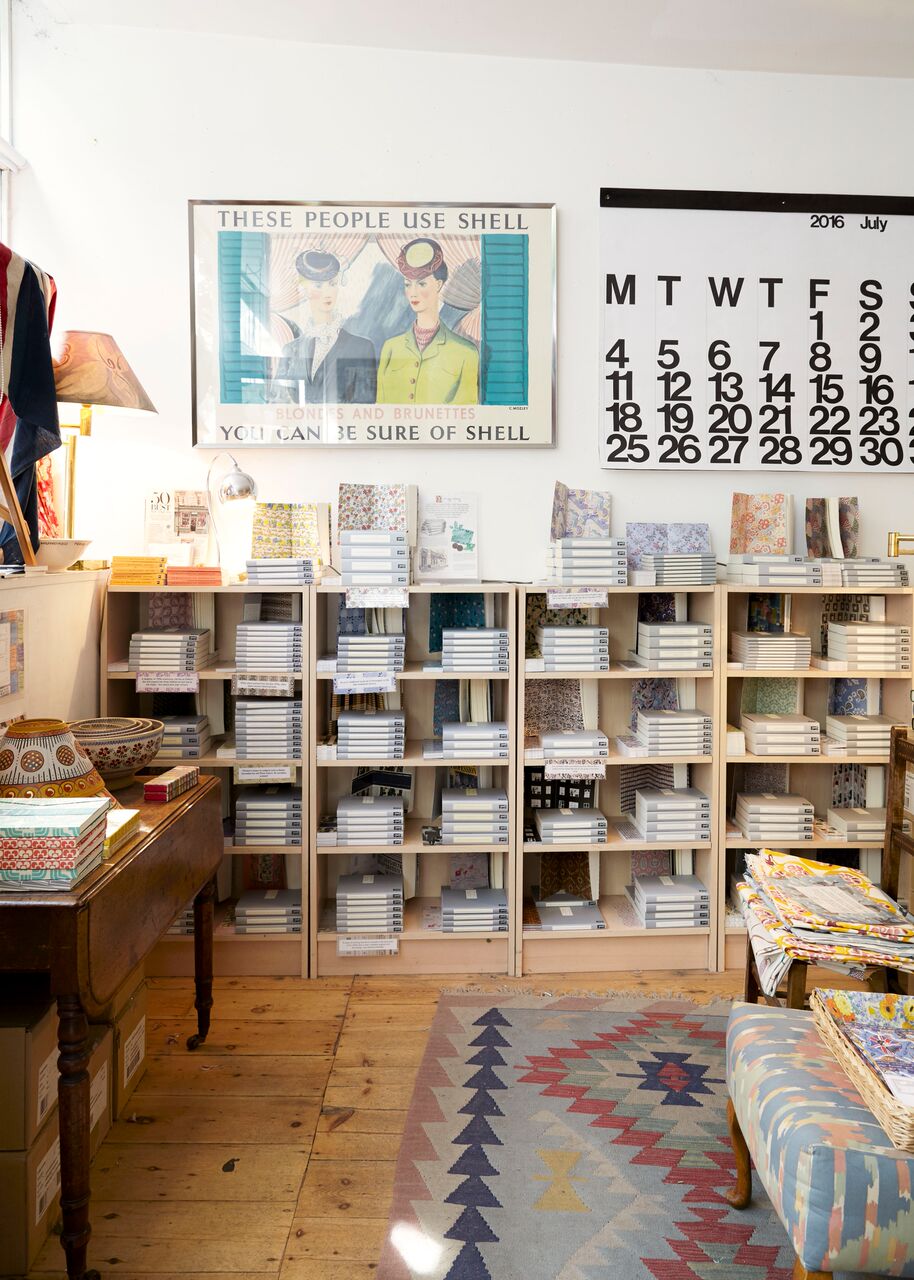 Tucked away among the back streets of Bloomsbury, this partly residential street is a favourite with clued-up Londoners. Its grand Georgian townhouses have long been home to a close-knit community of homegrown menswear brands including Folk, Grenson and Oliver Spencer.

But it wasn’t until US retailer J Crew moved into the neighbourhood with a dedicated men’s store that Lamb’s Conduit Street stopped being such a tightly held secret and became a fully-fledged shopping destination. But it’s not all about the boys. The patch is also unique when it comes to tarting up your home.

Line your shelves with historic women’s fiction from Persephone Books, spruce up your bricks and mortar with the help of Pentreath & Hall and fill your fridge at The People’s Supermarket food cooperative. Also, don’t pass up the opportunity for a mid-ramble pint at The Lamb – said to be a favoured watering hole of past local residents Sylvia Plath, Ted Hughes and Charles Dickens.

Since its conception in 2001 by Scotsman Cathal McAteer, this menswear brand has quietly established itself as a purveyor of unpretentious style. The airy, whitewashed shop displays its signature workman’s jackets and chunky ribbed knits in suitably industrial surroundings. The street is also home to the brand’s only dedicated women’s store at number 53. 49 Lamb’s Conduit Street, WC1N 3NG, more here.

Tucked away down a quiet Georgian street, interior designer Ben Pentreath and artist Bridie Hall’s beautiful little shop is filled with treasures for the home which are quintessentially British but far from twee. Great for gifts but equally good for moments of distraction, it is a must-visit for discovering things you never knew you needed.17 Rugby Street, WC1N 3QT, more here.

Founded in Northamptonshire in 1866 by Mr William Green, Grenson was one of the first producers in the world to use the Goodyear welting construction method – now a hallmark of all well-made British shoes.

But despite its impressive lineage, the brand hasn’t lost touch with what the modern man wants from his footwear. Its minimalist flagship shop – the largest of four in London – houses boots and brogues made with the same traditional approach to design but with a distinctively fashion-forward flavour, making them popular with City boys and Shoreditch types alike. In 2011, Grenson expanded its offering to include women’s styles too. Its stacked-sole brogues and tasselled loafers remain among the bestsellers. 40 Lamb’s Conduit Street, WC1N 3LB, more here.

The next time you feel like brushing up on your knowledge of little-known twentieth-century female writers, head straight for Persephone Books. Its picture-postcard storefront conceals a wealth of forgotten works by women, rebound in chic, signature grey covers, decorated with beautiful endpapers, and ready to enjoy the cult following they deserve. 59 Lamb’s Conduit Street, WC1N 3NB, more here.

Former florist Juliet Thornback and theatre designer Delia Peel launched their brand in 2007 with the aim of bringing a touch of British humour to the home. Inspired by the legendary Mrs Beeton and Beatrix Potter’s Mr McGregor, this quaint shop is filled with a cornucopia of kitchenware splashed with kitsch screen-printed designs, from cabbages and rabbits to Victorian jellies. 7 Rugby Street, WC1N 3QT, more here.

Extracted from Shop London: An Insider’s Guide To Spending Like a Local by Emma McCarthy. Published by Frances Lincoln, £9.99, available here.