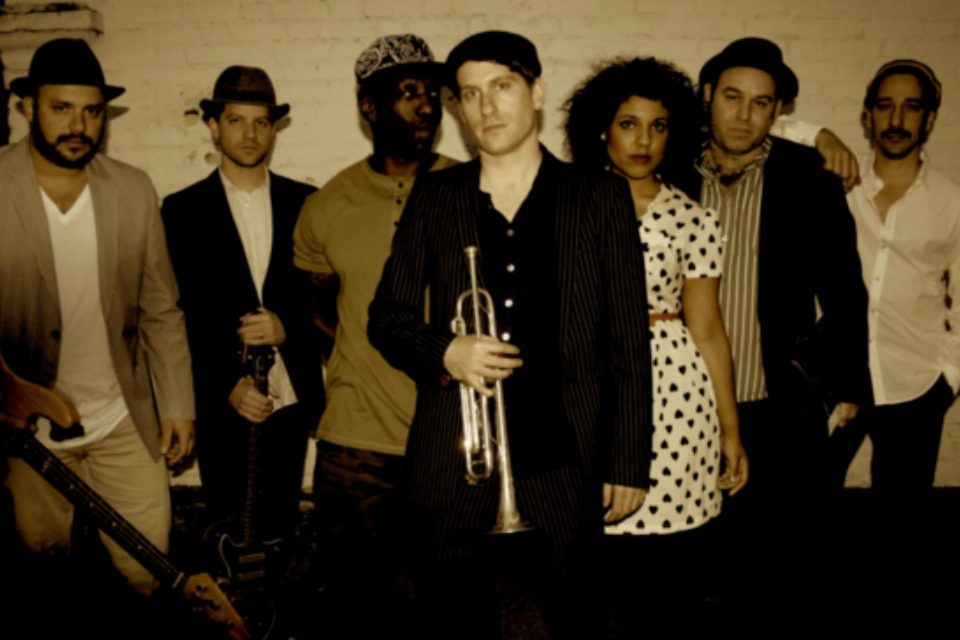 We meet Captain Ska, the Liar Liar musicians banned from the BBC

The band on politicians, renting in London and the controversy surrounding their current Top 5 hit record

Yesterday we grabbed a few minutes with an exceptionally busy Jake Painter, the man behind anti-austerity band Captain Ska. Their latest protest piece, Liar Liar has not been given any BBC airplay – but radio silence aside, the single has nonetheless reached number 1 in the Amazon chart, number 2 on iTunes and number 4 in the charts.

What triggered you to write the song?
The song was originally written in 2010 in frustration towards the coalition government and austerity measures. Captain Ska consists of freelance musicians and we have been together for seven years, releasing the occasional angry record (i.e. ‘What’s the point in Nick Clegg?’ and ‘US Healthcare explained’). My wife co-penned the current version with me. When May called the election we just reeled, it seemed right.

Why has Liar Liar stormed to the top of charts this week?
Mostly because of a massive and growing dissatisfied youth movement. I teach kids music and see their utter hopelessness. They will leave uni, if they decide to go, with fifty grand’s worth of debt, unable to get a job, let alone a house. I was so positive in my early twenties, but for this generation, what is there? Twelve years ago my partner and I moved back to London, rented a small flat in Hackney and were able to pursue a life as a musician, the prospect of that is virtually unimaginable for kids today.

What do you make of your media ban?
It is an absolute travesty. It demonstrates how terribly biased the media is, as they wriggle their way out of an awkward situation with the government. This seems pointless to us. The song isn’t saying anything that controversial, it is a fairly tame criticism of the government. The ban is, well, just a bit lame. As for Radio 1’s decision to grey out the play button on our song, it is just infuriating. It is one thing refusing to play it but actually preventing them from choosing to listen is a whole other story. There is nothing in the Ofcom guidelines about this.

How has your interaction been with the media?
I had an interesting experience on Radio 1 last week. The deputy editor came in and told us firstly, not to mention the demonstration that we held outside of BBC studios on Friday for ‘safety reasons’ and secondly asked us to avoid Tory bashing. The support we have had from other media outlets and the public on Twitter has been incredible though.

Do you think May has listened to your song?
I’d be surprised if not by now. I am totally overwhelmed by the response to Liar Liar, it is an international news story and it would be fairly remarkable if she’s managed to avoid it. The original version of the song, which was about George Osborne, was played to him live on Newsnight. He did not look happy at all.

And how about Corbyn?
Again, he probably has but we haven’t received any comment. A few MP’s have tweeted us but I suspect they are on a fairly tight lockdown at the moment.

Why isn’t there more protest music?
People are really scared of it. The music industry ultimately comes down to making money. Owen Jones did an interview with Paloma Faith who said that it is all about album sales and I completely agree with her. People are scared to rock the boat. Even though most musicians are left wing, they always have to answer to a label or a management team. It makes me chuckle actually, now that we have all of this attention, I am suddenly bombarded with emails from labels, it’s as if they can smell the money making potential from protest zeal.

What’s next?
We’re a band of freelance musicians, there are twelve of us all doing our own thing and as such we don’t play together much. On Wednesday (June 7th) we will be playing at Brixton Jamm, in our first ever gig with the whole ensemble. This will be our official launch gig.