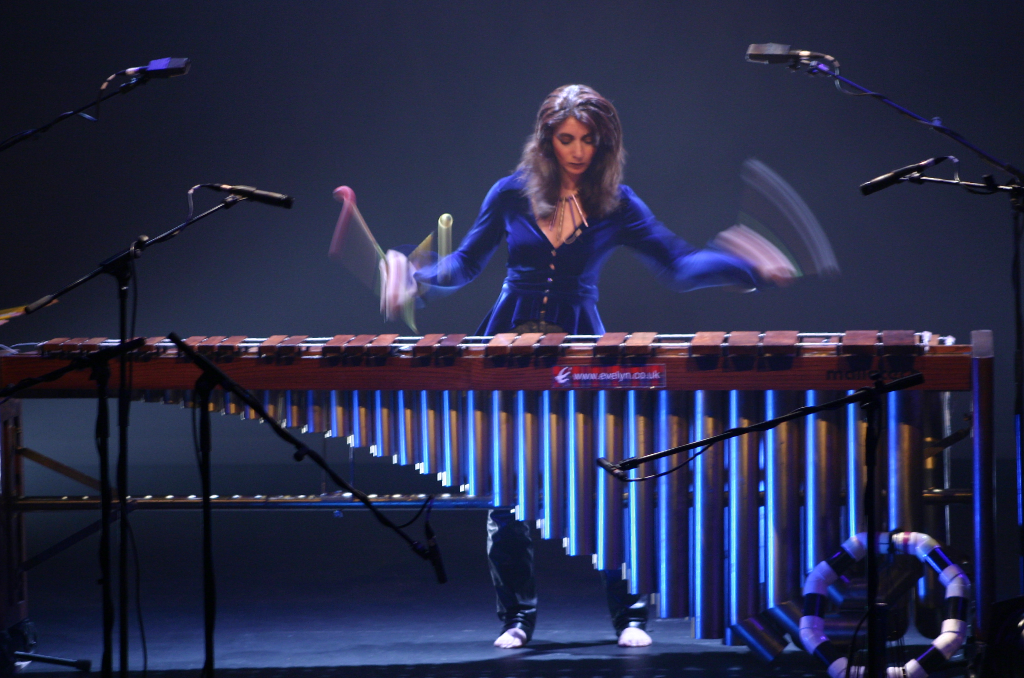 Dame Evelyn Glennie is in residence in King’s Cross

This month Scottish virtuoso percussionist Evelyn Glennie launches her residency bang in the heart of N1C. Titled King’s Cross Sounds, the position will see Evelyn working with the local community to create sounds to gather online and inspire a composition. We met her to find out more.

What do you actually do as musician-in-residence?
I’m hugely honoured and humbled to be chosen. Listening will be the core of my residency and I plan to get into the heart, beat and pulse of the people and the landscape thus. To embark on this journey collaborating with broad-minded people whose aim is to make a difference is immensely exciting. Together we’ll help build a legacy that can be shared by all curious about King’s Cross.

In order to achieve this, I’ll be asking residents for their past, present and future sound discoveries – these will be gathered on a stand-alone website and serve as inspiration for my final composition and performance. The aim is to get everyone involved in making the ordinary extraordinary.

How did it come about?
I was initially approached by the PRS Foundation and King’s Cross Central to apply. Following up on that, I went on to film the presentation video. From that I was able to make it to the final three, and the competition was fierce. Both Speech Debelle and Adem Ilhan had such compelling videos and great ideas that, ultimately, winning the musician-in-residence came as a good surprise.

You collaborated on Bjork’s 1996 album Telegram. How did that come about?
Bjork contacted me to work with her. We recorded six tracks in my studio – two of which have been used on my solo recordings and one on hers. She’s very creative and cannot be defined, as such. She’s always pushing boundaries in who she collaborates with.

Performing at the opening night of the Olympic Games: discuss.
To play a role in London 2012 was thrilling – the nerves were different to giving any other concert. I was utterly moved when I felt the energy of all thousand drummers playing the piece And I will Kiss, by Underworld. That energy – well, I cannot quite describe it. Suddenly it was as though the whole arena just lifted completely. The teamwork was unbelievable, the experience unforgettable.

I read that you’ve taught yourself to hear with parts of your body other than your ears. Could you expand on this?
Hearing is the involvement of all our senses to some degree but three in particular – sight, touch and hearing. The eye sees something move; it then registers the relationship of that movement to the body, which I believe gives us a feeling of vibration through parts of the body and sometimes the ear itself ie. the air movement over the skin.

I believe there is an assumption in the brain, possibly created from memory, defining what kind of feeling or sound is occurring. For example, if I see the branches of a tree move I assume the branches, leaves, birds, wind and the immediate environment, is creating sound regardless. My senses are triggered by what my eyes see. The ripples from my visual experience is what my imagination is using as a basis for assumption.

The body can act as a resonating chamber because vibrations are felt throughout its parts. In my case I’ve learned to recognize and associate particular vibrations and connect them to the visual image I see. For example when I strike an instrument the sound vibrates through parts of my body. I feel some vibration from higher pitches in the upper parts such as my cheek bones. I also identify the lower pitches when I feel vibration in my abdomen.

Through recognition of these sensations I have trained myself to think of my body as a huge ear. As a musician I believe too much prolonged sound can numb the listening experience which can result in the whole body being exposed to a cacophony of sound. The concentration required to digest resonance is much more of a focused activity – resonance extends sounds.

And finally, what do you like most about King’s Cross?
It was my ‘home’ station when, as a student, I travelled between London and Aberdeen. It still is my ‘home’ station today, whenever I travel down, the reason why I’ve been able to follow so closely the amazing transformation of the area. Throughout the last years, it has become more and more exciting and, in the process, it’s as if it has gained a heart and soul. It will be a privilege to spend much more time here.

Dame Evelyn Glennie’s residency will run throughout 2017, with a final piece to be performed later this year at King’s Cross. Follow on social @DameEvelyn, @PRSFoundation and @kingscrossN1C and use the hashtag #LISTEN2N1C