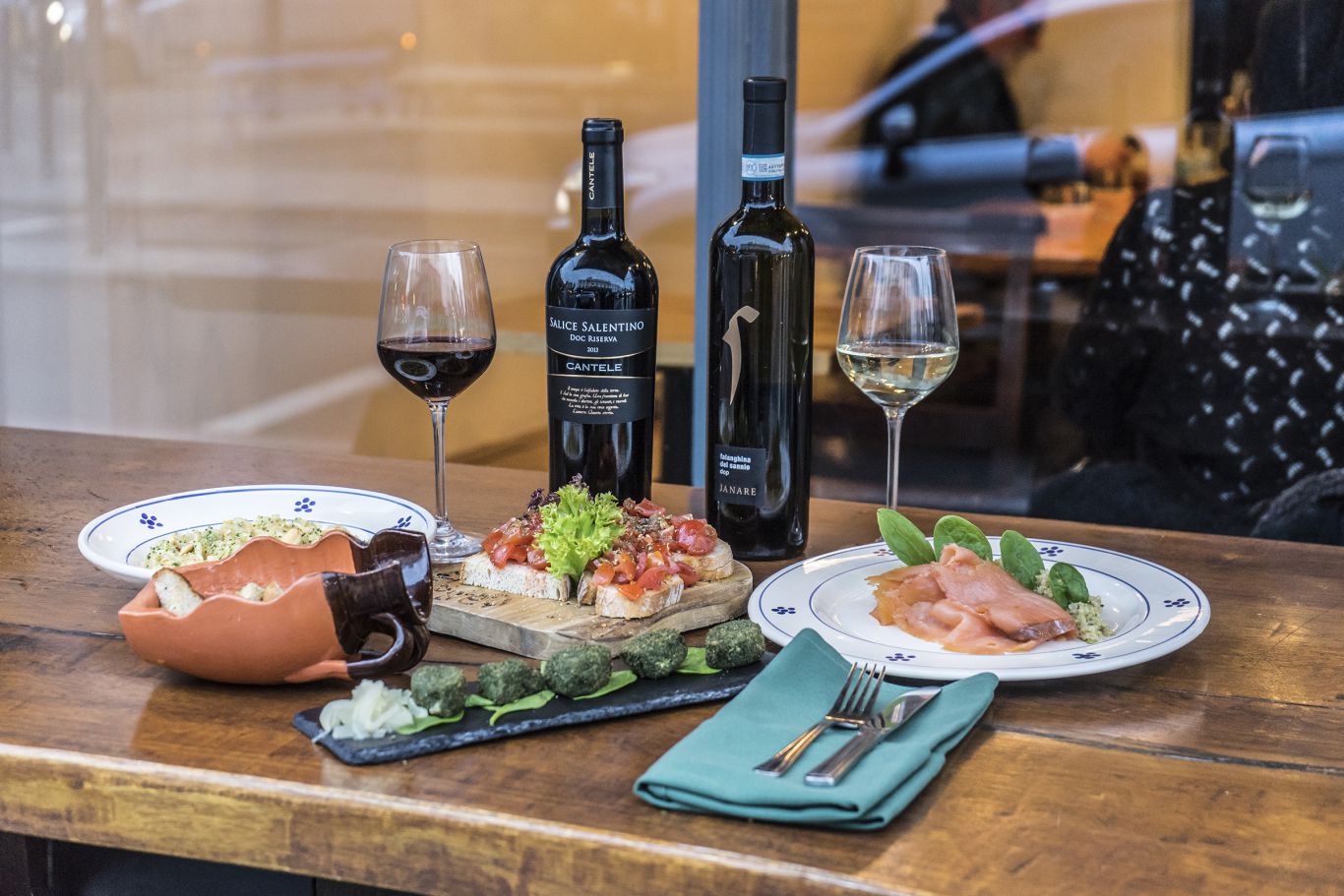 The tiny original branch of Casa Tua, opposite Camden Road station, has become an NW1 institution over the last few years, whether for a strong coffee, a plate of burrata or low-lit evening meal.

But it’s rammed daily. So much so that it’s not entirely surprising that enterprising (and charismatic) owner Giuseppe Miggiano has just opened a second, more spacious two-floor venue in a WC1 sidestreet south of King’s Cross station. Despite the swathes of new restaurants in the area, there’s still not really a good Italian neighbourhood one.

Here big windows overlook the foreboding Holy Cross church. It’s an atmospheric spot, with its colourful alfresco tables: blink and you could be in Venice. Prior to Casa Tua, the corner outlet – once a political café – was closed for two years. “There were five competitors all vying for it, but because of our established Camden cafe we were successful,” says Giuseppe, smiling.

The interior is individual: nothing industrial or hipster, no bare-brick or stark pendants, just homely brass lighting, climbing plants hanging amiably from the ceiling, and framed photos and film posters on the wall.

Occupying a large proportion of the ground floor is a counter and open kitchen, in which three or four chefs work methodically (and silently, on our visit). As well as thirty covers upstairs, sofas are tucked away in nooks and crannies downstairs for more private trysts. Upbeat Puglian music keeps things refreshingly holiday-like.

Despite an off-the-beaten-track location, on a chilly October midweek night the dining room is packed, even at 630pm. There’s a mix of tourists – many of whom come every evening if they’re staying nearby, says Giuseppe – and locals, who he greats, in true Italian fashion, like old friends.

As well as head chef Michele Fanciullo, who previously worked in a Michelin-starred restaurant in France for six years, Giuseppe has recruited his general manager and sommelier (and fellow Neapolitan) Alfonso Cimmino from the Jason Atherton restaurant City Social.

“There’s no Pinot Grigio here,” he says, enthusing about the focus on Puglian wines. Instead we enjoy an excellent crisp Falanghina, followed by a smooth, spicy Salice Salentino, made from the underrated Negroamaro grape.

But we’re keen to explore the list of mostly Puglian small plates – or ricette as they’re called here. Brushetta, topped with cherry tomatoes and oregano has just a hint of garlic, rather than the more traditional welly-kick.

Cute parsley-coated pillows of goat’s cheese match creamily with onion chutney – and prosecco, adds Alfonso, delivering a cold glass swiftly. Citrus-marinated salmon (main pic) is paler than the palest pink, and straddles a pool of broccoli puree and quinoa: a substantial starter, or decent lunch main (at a good-value £6.50).

Best of the sharing dishes, however? A small bowl of purpo e pitate (above, £7.50): tender octopus, braised on the slowest heat for six hours with potato cubes, spices and sprinkled with dehydrated celery, makes for a bowl of smooth comfort food. “My grandma cooked octopus in a terracotta pot over the fire for 12-15 hours in Puglia,” says Giuseppe. “She would just chuck everything in the pot.”

Casa Tua has a handful of chef’s specials on daily rotation – on our visit it’s a hearty cod with risotto – but we settle for two pasta mains. Al dente orecciette (£9) – the shape that resembles an ear – comes with more spicy broccoli puree and crumbled tarallo (a breadstick from southern Italy).

Our top tip, however, is the softest tortelloni (£9.20) filled with melt-in-the-mouth salsiccia (a fennel-infused spicy sausage).

Make sure you ask Giuseppe about the stories behind each dish; his enthusiasm is infectious. When you leave, it’s almost a shock to turn a corner into traffic-clogged Euston Road.