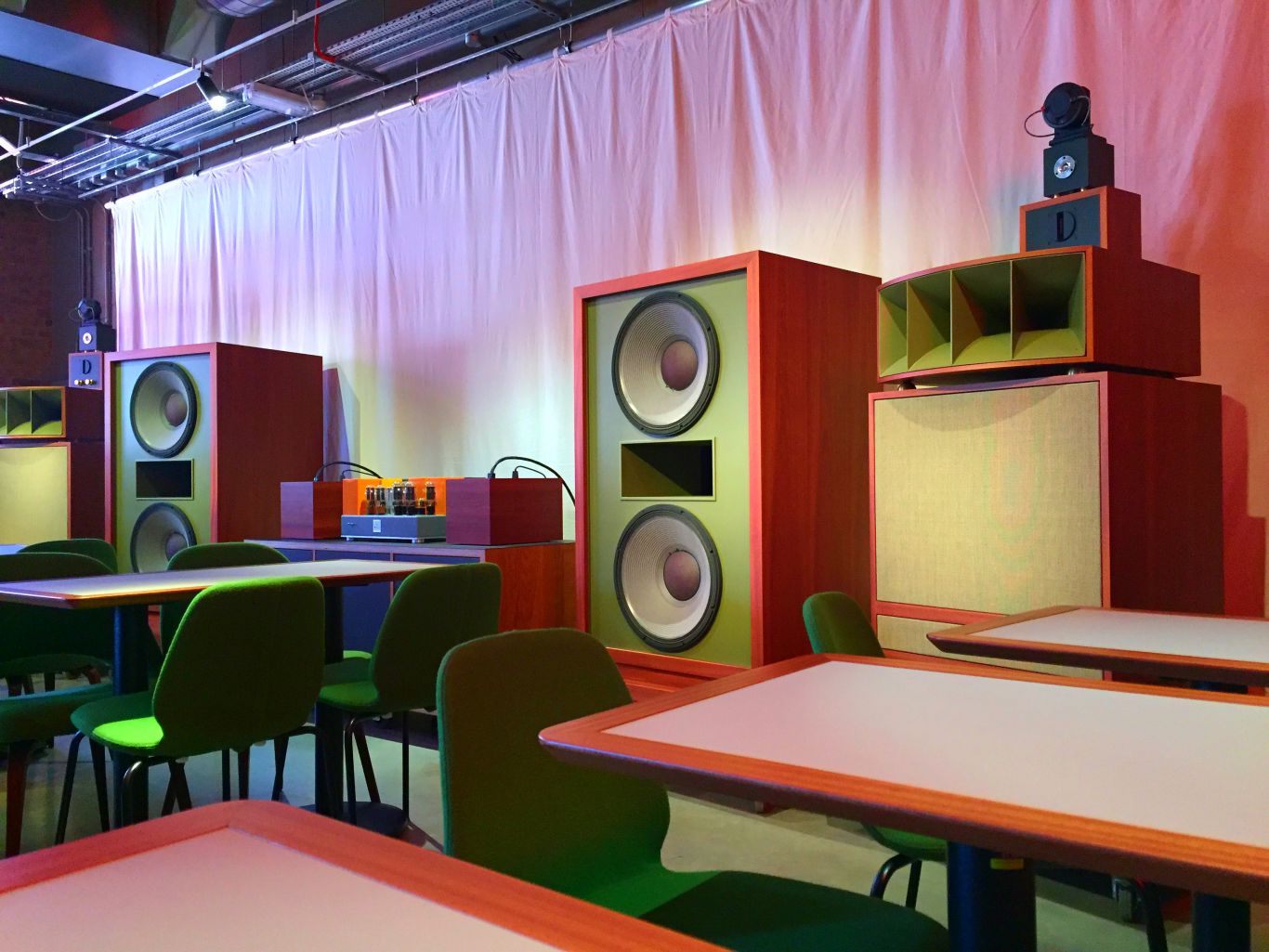 So what on earth is Spiritland all about?

Crossing the canal into Goods Yard to hear a DJ is something Londoners haven’t done for nearly a decade. 2007 was the year when nightclubs The Cross, Bagley’s and The Key threw their final hedonistic blowouts, and the long-anticipated transformation of this vast post-industrial urban wasteland finally got underway.

But there’s always been an intention to bring nightlife back to this historic area. OK, it was never likely to be quite on the bacchanalian scale of the 90s rave era, but new opening Spiritland is already doing a very good job of showing us what the evolution of all that heady passion looks like.

The new all-day restaurant-cum-bar is located on Stable Street, so it lies directly opposite the shell of the former Bagley’s Warehouse rave venue. DJs, many of whom will have memories of lugging bags of records to spin in a fug of smoke and dripping sweat just across the way, are now queuing up to dust off their most treasured vinyl and get behind the controls at Spiritland.

The baby of music guru Paul Noble, an ex-BBC employee who went on to set up Monocle Radio, the focus here is firmly on listening. There’s no dancefloor, and that would indeed be a distraction.

In today’s world of constant alerts and stimulating sights and sounds vying for our attention, it’s the focus on the singular appreciation of the music that instantly hits home.

We dropped by one evening just after opening and found the space was warmly, conspiratorially lit, with relaxed groups enjoying posh grub, craft beers, wines and whiskeys as the sounds from the eye-poppingly expensive speaker stacks (£350k no less!) almost perceptibly washed over and bathed them.

The venue is open until 1.30am most nights, so is a genuine new late night attraction in a part of town that now sees as many diners descending nightly as it once did ravers. Just expect today’s soundtrack to ease you towards a comfortable spiritual repleteness as opposed to taking you to a higher level.

We also couldn’t resist a breakfast visit, the idea of a DJ selecting choice tunes to accompany Saturday morning eggs, coffee and newspapers a very tempting proposition. And indeed it proves to be an excellent concept, showcasing Spiritland’s uncompromising attention to every detail of the all-day listening experience.

Just back from a long summer of playing sunsets in Ibiza, Chris Coco is exactly the kind of skilled ‘n’ chilled selector who can make a sit-down musical meal an exceptional hour (or two).

“It’s like a total re-evaluation of sound,” he says, about playing over the completely bespoke Living Voice system for the first time. “I brought along a lot of records that I know already aren’t actually going to work here. I think it highlights a real distinction between digital music and electronic music. With more analogue sounds you get to hear an amazing depth and space between each element. There are also loads of records that I can’t wait to bring along and play for that reason.”

The venue is not quite finished yet either, with a radio studio still being fitted out in the middle, where the likes of Chris can come and record their shows rather than struggle to do it hunched over a laptop, plus look out for a selection of quality headphones and record label clobber to be offered in a small shop area too.

Staff are as attentive-yet-discreet as you’d hope for a place dedicated to extreme hi-fidelity geekery. It the kind of joint previously sought out via pilgrimage down a Tokyo side street – unless you’ve been hanging out at Spiritland’s former pop-up home of the Merchant’s Tavern in Old Street.

As the go-to destination for lovers of refined, reclined musical appreciation – there’s a full playback of a classic album every day at 6pm alongside the regular DJ appearances – this opening is straight out of your most indulgent dreams.

It’s not the hedonistic late-night-losing-it King’s Cross of old, for sure, but there could be no better location for a venue dedicated to celebrating just how beautifully DJ culture has evolved into a high art form.