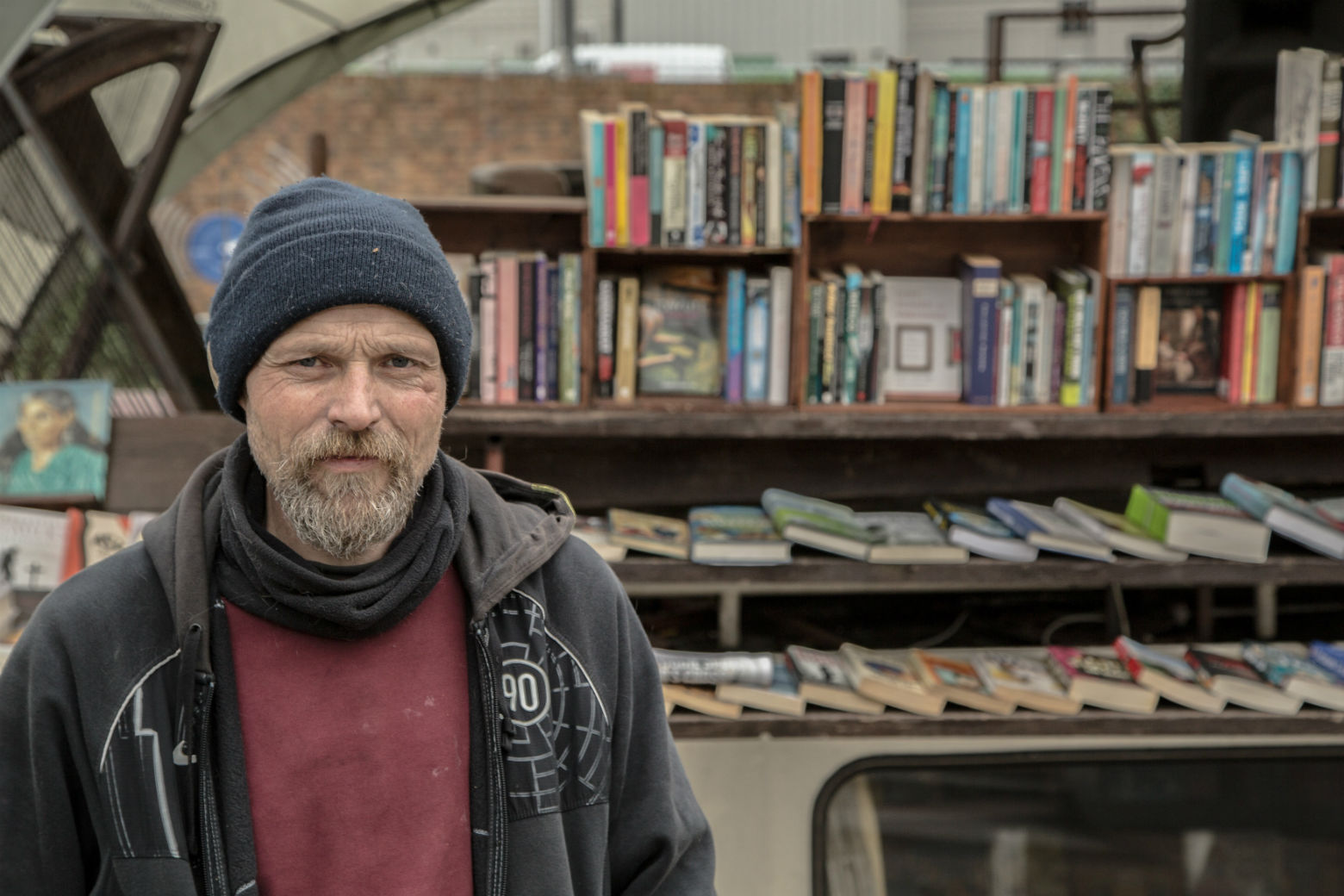 Want the good news? The proposal of permanent mooring a few paces from Granary Square means that the famous King’s Cross bookbarge is on the verge of becoming the floating literary and artistic hub that its owners have always envisaged.

We caught up with Jonathan Privett to discuss life on the canals, the immortality of books and finding a home in King’s Cross – in his own words.

“Word on the Water aims to provide a space in which people can enjoy literature, art and music. The remarkable redevelopment of King’s Cross, with its clear bias towards cultural growth, has been heavily focused on creating something similar. The developers Argent have managed to – very successfully I might add – counter any issues with corporate property expansion by providing spaces for people to create and enjoy the arts. The fact that they have sponsored our application for permanent mooring demonstrates what they are trying to create in this area, and reassures us that we are in the right place at the right time.

King’s Cross breeds creativity. Every day I witness streams of people, pouring in and out of places like Central Saint Martin’s, House of Illustration, King’s Place and Granary Square, appreciating and contributing to the feel in this area. The clothes people wear, the items they are carrying, the designs of the buildings they are meeting in: these are all adding to people’s artistic and creative development – whether they are conscious of it or not. People now come to King’s Cross to be surprised, inspired, impressed. It just so happens that our bookshop on a boat is as novel and riveting a concept as a park in an old gasholder, or a man-made fresh water pond.

Life on the water has changed a lot over the last three years. The crowd is a lot more diverse. It used to be a small community of like-minded people with mutual respect for each other. This attitude has slightly thinned out. Before, when I came across another long boat owner, I would think “Great! This is a person who has the same values and desires the same lifestyle as me.” Now, the canals are a lot more congested and there is increased competition for the increasingly scarce resources (for example, for places to moor and to fill up the water tank).

In spite of this, the community is open and everyone is welcome. Owning a boat is a journey and, regardless of what stage you are on, you continue growing in awareness of the environment and your surroundings. There is something quite surreal and slightly humbling about having your way of life, one that was previously seen as peculiar and undesirable, snowball into mainstream popularity. Owning a canal boat used to mean going “off the grid”. Now, boats have electricity and hot water from solar panels. They have mobile phones and internet access. People often look to the housing crisis when trying to explain the rise in barge owners, and while this is obviously a factor, the reality of it is that you can now live on the canals in relative comfort.

Marianne Faithful followed me on Twitter the other week. To have her show an interest in my lifestyle and our bookshop means a lot to me – that wouldn’t have happened if I had just got a normal job. I make sure that Word on the Water is very active on social media. We have a large following of supporters and it’s thanks to their encouragement that we have been able to evolve into what we are today. We have the privilege of being supported by two separate communities – boat people and literary people.

The book-loving community is a very powerful lobby. They form an invisible group in society: while reading is such a solitary activity, you have the support of millions of like-minded folk. Five years ago, the bookshop business hit rock bottom. Since then, there has been a lot of talk about the death of the independent bookstore due to the rise of chains, technology and the internet. Personally, I think that books are better from being under threat: with increased competition, publishers are forced to work harder and graphic designers have to make every book cover look more attractive.

Despite technology, people still choose books. When the television was created, people thought that literature would lose significance. Books are an essential and therefore untouchable facet of modern life.

Books, music and art are what make us human. This barge wants to provide space for all three. Inside, the chilled playlist tries to create a relaxed hang-out area for readers and an area that caters to families. On top, there’s a stage which has, and will continue to play host to live music sessions, poetry slams, spoken word events and book launches. We hope this old boat will become an important reminder of the simple pleasures in life, and the slower pace that can still be found in a city like London.

To keep abreast of all events follow @wordonthewater. To read more from Jonathan about his life on the water head here.