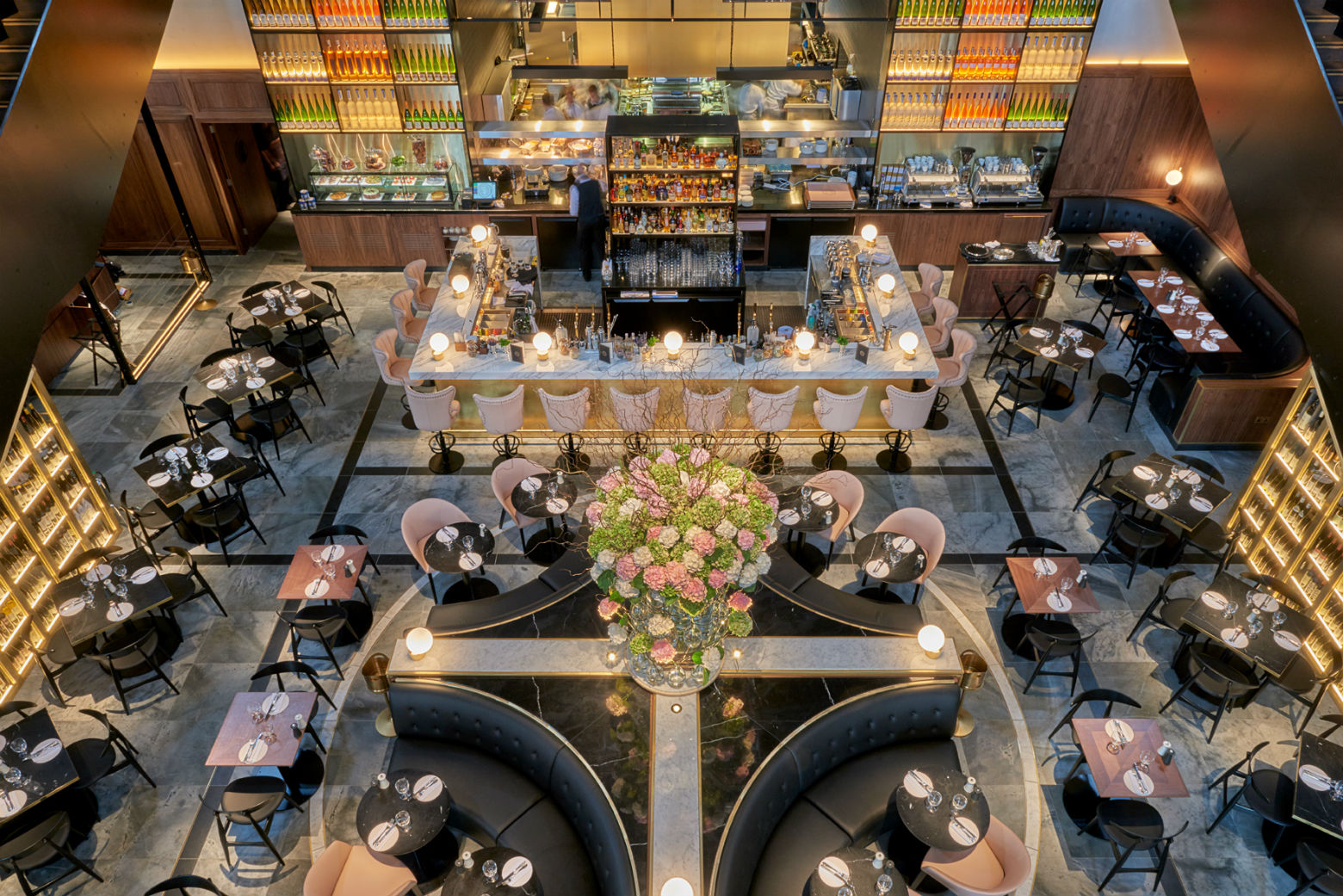 It ain't cheap, but for a special occasion this King's Cross new arrival sure ramps up the glamour factor

Is this new opening aspiring to be N1C’s Wolseley? The owners’ intention is surely glamour all the way, from the vast ground-floor cafe, up the sweeping staircases to the mezzanine dining area, lined with romantic tables à deux and banquettes. Heck, there’s even a casual (but still quite desirable) counter to sit at and watch the comings and goings in the busy street below.

One of several foodie destinations landing in King’s Cross last autumn, the renovated Grade II-listed building’s history is impressive: designed by London-born architect Edward Gruning in 1865, it was the first purpose-built gym in England and proved influential in the development of athletics in Britain, hosting the first-ever indoor events of the 1866 Olympic Games.

A century and a half later, the reworked space now casts a nod to the “grand cafes and brasseries of Central Europe”, its pedigree at least assured, being from D&D London, the group behind Le Pont de la Tour, Bluebird and Skylon.

And yet the menu wears the concept lightly. Like The Ivy, international classics prevail: we weren’t too sure how German options like smoked salmon, shrimp cocktail and foie gras were.

So, invited down last month, we plumped for a reliable steak tartare (pictured above), served like they used to in a perfect cylinder, seasoned correctly and with the yolk and other ingredients already mixed in. Native lobster tail (see pic above) was an even prettier plate: tender and fishy with sweet, fresh and citric flavours – including that classic British accompaniment, Marie Rose sauce. The only downside was its steep price: £14.95, for a starter.

Eschewing the signature schnitzel in favour of seared halibut was worthwhile, its flesh at the happy point where translucent meets opaque, any feelings of smug healthiness compromised by a fairly debauched slab of hollandaise. Delish, for sure – but on the menu at a hefty £34.

More authentically Teutonic – perhaps – were Mettwurst sausage skewers with (Scottish) diver scallops (£26, above), not only beautiful to look at but with textural interest provided by tiny quantities of apple, butternut squash puree, saffron and pistachio.

Desserts – like hazelnut praline pot and Black Forest gateau – were as cosy, and unchallenging, as a hug.

Throughout we stuck to Central European wines: a German fizz – Vaux – was indeed refreshing, but a cheapish (for London) Romanian Pinot Noir (£19.50 a bottle) was perilously light and thin: not in the Burgundy league, although an agreeable match with fish.

Overall? Well, we enjoyed it – right down to the old-fashioned, attentive service and the slightly formal last-century atmosphere.

But while it should pack ’em in as a new King’s Cross destination, the food, even in the ground floor cafe, feels especially pricey, while (intentionally) not as directional as other new arrivals to the area.