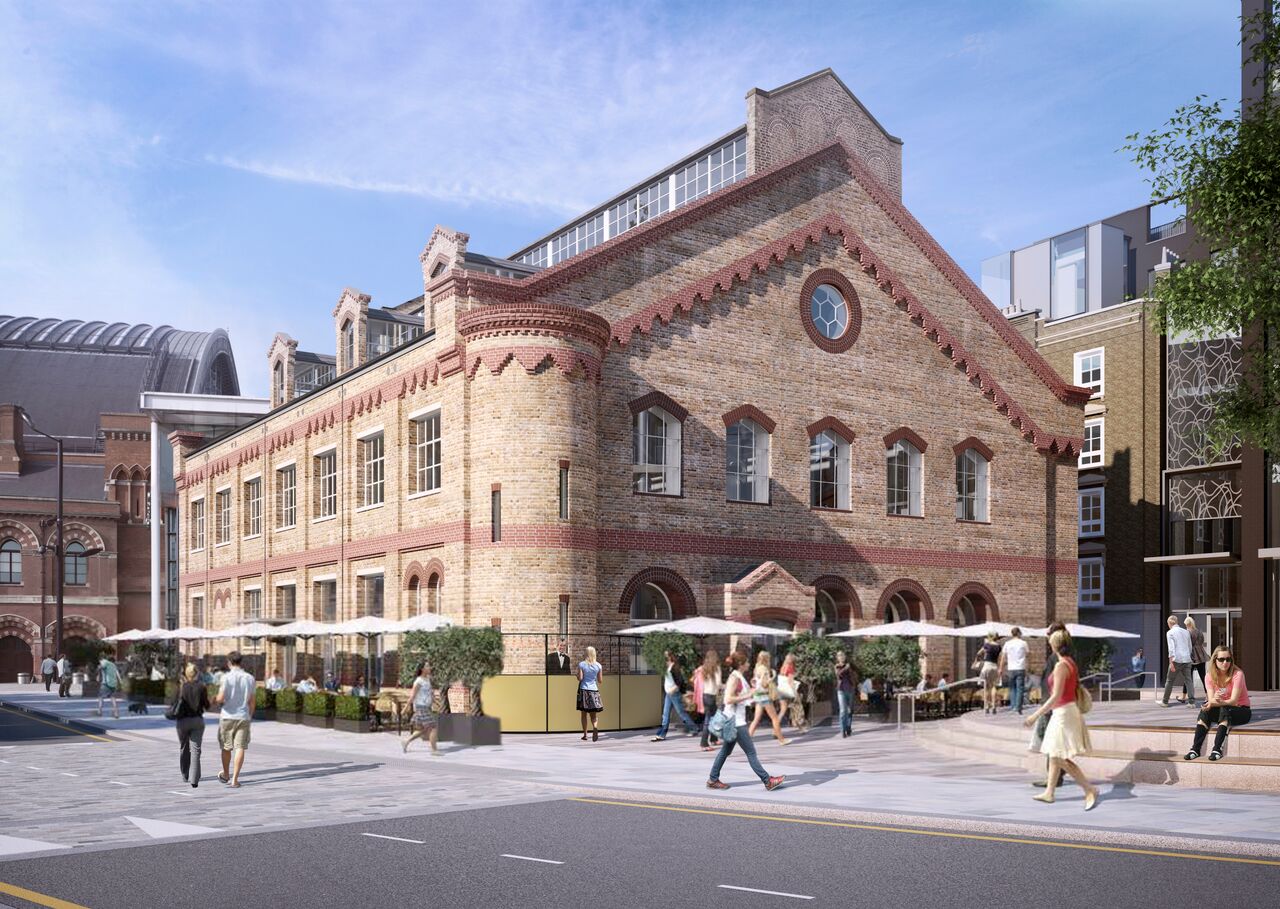 Ever inhaled a “low calorie cocktail cloud”? Nope, neither have we. Well, that’s one of the many highlights coming to the next big restaurant arrival in King’s Cross.

But first, take a peek at the video above to see how bleedin’ mahoosive the new German Gymnasium restaurant is set to be. You know, the one opening just across the road from St Pancras International on Pancras Road. Right next to Granger & Co, in fact.

One of several big dining destinations landing in King’s Cross this autumn (including Drake & Morgan up on Pancras Square) the renovated Grade II-listed building has been transformed into a whopping 447-cover complex comprising a ground floor grand café, an outdoor terrace, a restaurant, bars and private dining spaces. Phew.

For the last year or more, the German Gymnasium has been hidden behind this giant artwork, as the restoration featured in the video has taken shape. Its history is impressive: designed by London-born architect Edward Gruning in 1865, this was the first purpose-built gym in England and proved hugely influential in the development of athletics in Britain, hosting the first-ever indoor events of the 1866 Olympic Games, no less.

Now, 150 years later, it is to operate as a contemporary take on the grand cafes and brasseries of Central Europe, a real showstopper of a place from the same people who own Le Pont de la Tour, Coq d’Argent, Bluebird and Skylon.

In a nod to the site’s German heritage, the grand café and brasserie menus will feature classic Mittel-European dishes alongside a wine list showcasing niche German, Austrian and Hungarian labels.

Meanwhile, the Meister Bar will play “Berlin beats” until 1am, and most surreally, an innovative-sounding cocktail menu promises the multi-sensory concept, Le Whaf – a special carafe that vaporises cocktails turning them into “dramatic, low-calorie clouds”. You what?

All will be revealed.

This is box title
The German Gymnasium opens on November 13 at 26 Pancras Rd, London N1C 4TB