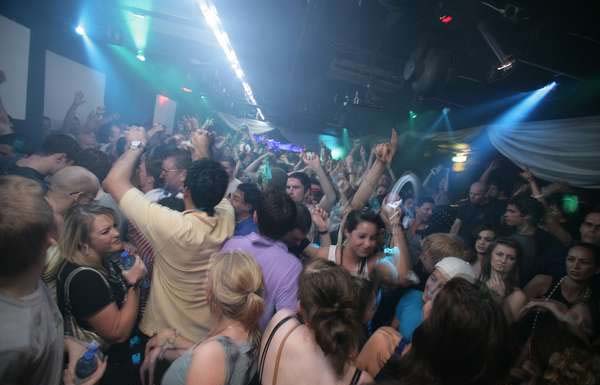 The legendary Clerkenwell address prepares to become a hotspot once more, but not as you know it

Misty-eyed clubbers will soon be able to return to the site of Turnmills, the 24-hour nightclub that set the gold standard for dancefloor hedonism throughout the 90s.

Seven years after the last tune was played, we spotted a drinks licence application for something known as Turnmill Social, scheduled to open on the hallowed corner of Clerkenwell Rd and Turnmill St later this year.

But in typically 2015 style, this new venture is going to be foodie, rather than raver-focused.

With the original, historic building (an attractive former gin distillery) now obliterated, all traces of the subterranean party space plus its in-house restaurant, one-time gastronomic trailblazer Café Gaudi, are consigned to memory.

In their place today stands a sleek, if glaringly generic, modern office block with ‘retail opportunities’ at street level.

And after a little bit of probing, we discovered that from this summer, visitors will be popping a couple of cheeky sashimi in their gobs, where they’d once have been double-dropping disco biscuits.

Yes, the ‘new Turnmills’ is going to be a Japanese-influenced restaurant known as Sosharu.

Putting the overwhelming feelings of nightclub nostalgia to one side for a minute, the new joint is going to be a fairly big deal, being the eighth London opening from red hot restaurant king Jason Atherton, the Michelin-starred chef behind Soho’s hip Social Eating House, Mayfair’s Pollen Street Social and the acclaimed Berners Tavern in the Edition Hotel.

Sosharu means ‘social’ in Japanese, hence the cryptic licence name, and the link to Atherton’s growing empire. It will certainly be another buzzy addition to London’s world-beating food scene, an aspect of our city’s culture that’s in better health than our once globally envied nightlife.

So what are your thoughts on the shifting sands of London’s entertainment landscape? Take 10 seconds to vote in our poll. We’ll reveal the results here on Gasholder, part of the London Belongs To Me network, in a couple of weeks.