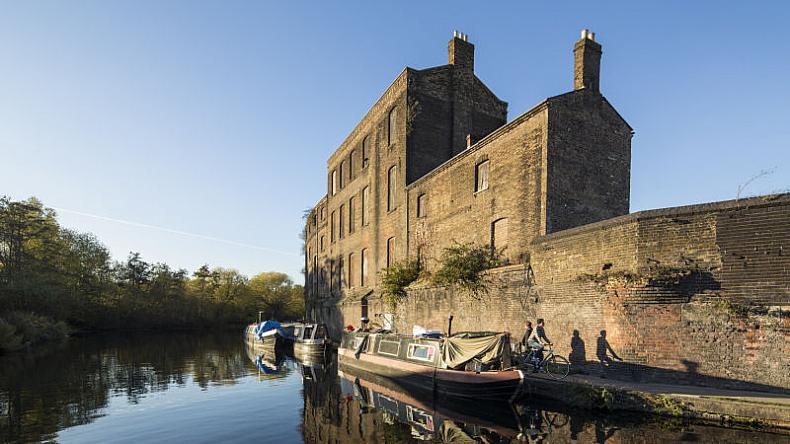 Fan of all things Naked Chef? Well, the good news is his brand new restaurant and pub will open in a canalside building that’s remained derelict for over thirty years. And it’s a real monster – over seventeen thousand square foot, in fact.

Jamie Oliver Group will lease both the Fish & Coal Buildings and ten of the Wharf Road arches, which sit between the Regent’s Canal and Granary Square. These will, of course, be painstakingly restored, in order to house the new food offerings, test kitchens and even the company’s swanky HQ.

The Fish & Coal buildings were built as offices in 1851 as part of Lewis Cubitt’s design for the Goods Yard. The offices housed clerks employed to monitor the flow of freight through the goods yards, with additional blocks added in the early 1860s. The buildings were gutted following a fire in the 1980s, with the floors and roofs since rebuilt.

The adjacent Wharf Road Arches provided stabling for the horses which took goods on to their final destination, after they were unloaded from trains at King’s Cross. In the Nineties, the arches became home to The Cross nightclub, but they have languished unused since it shut in 2007.

So what’s the plan now? The western end of the building will be converted into a waterside pub, with a new roof conservatory and outdoor terrace overlooking the canal. Eight of the lower level arches will form part of a new restaurant, and the upper floors of the Fish & Coal building will become offices for the Jamie Oliver Group.

And you’ll be able to view it all from a height, as a new elevated park called the Viaduct – similar to the Highline in New York – will run along the front of the building connecting Granary Square and Gasholder Park. Pukka, indeed.

This is box title
Expect the Jamie Oliver restaurant and pub to open in mid 2016.