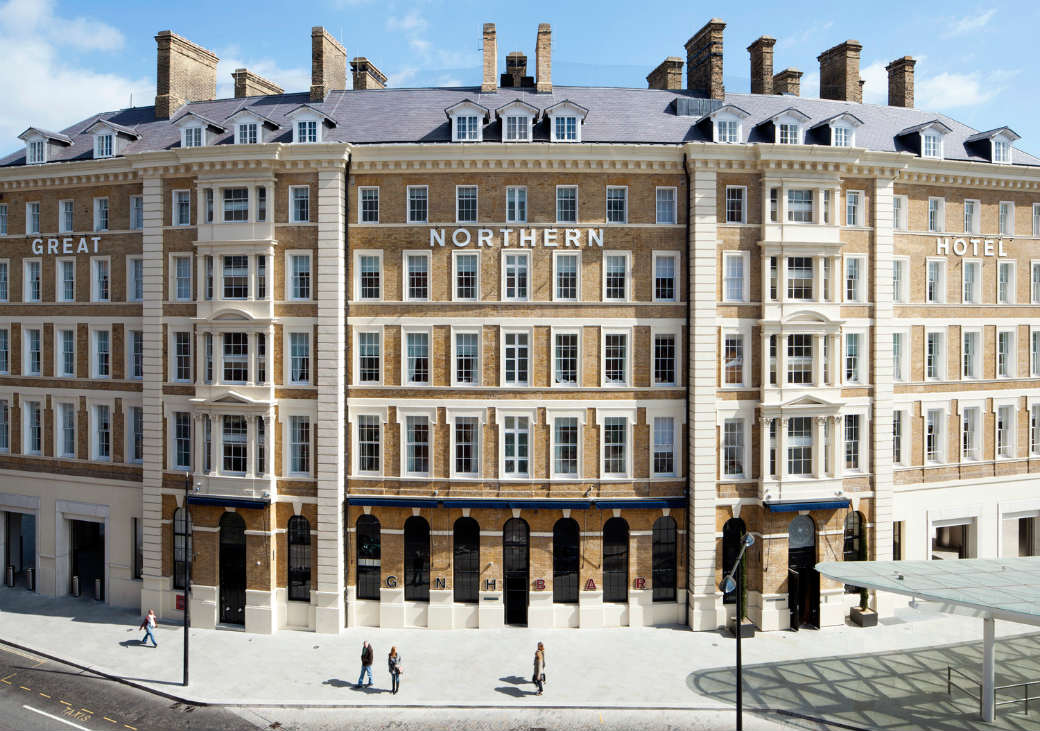 Why waste precious short break time on a train? Leave the kids with granny and shack up for the night right by the station

Ancient though its thoroughfares and landmarks may be, King’s Cross is still adolescent as a global tourist hotspot. And its successful blend of Victorian-meets-21st century travel infrastructure and turbulent urban history are still no match for an hour stood in the pissing rain outside Madame Tussauds for many who visit the city.

Yet as world class hotels and restaurants continue to bristle up across these former industrial badlands, there are bountiful reasons not just to visit, but to stay here.

While the throng are still preoccupied with gurning for Instagram in front of Buckingham Palace, it’s also makes King’s Cross a perfect destination for time-poor Londoners to get away from it all, without so much as a Ryanair excess baggage Nazi in sight, either.

Having children is amazing (and all that), but leaving them at home with granny once in a blue moon possesses its own, equally primordial satisfaction too. And so it was that one minute we were up to our eyes in a churning mass of living-room Lego bricks awash on a sea of tantrum tears, the next, incongruously transported to the hushed corridor nods and pristine, crisp Egyptian cotton sheets of the Great Northern Hotel.

“It’s surely the future of holiday travel,” I mused, clearly overcome at the flood of desperately grateful emotions. This oasis might be a proverbial stone’s throw away, but once we’d muscled through the forest of rush-hour elbows on King’s Cross Square, we may as well have been teleported to a secluded island retreat.

The GNH opened in 1854 to some fanfare – the world’s first terminus hotel – but its fortunes have been decidedly mixed. Less than 20 years later came the Midland Grand Hotel and St Pancras Station right next door. Not content with being far more imposing buildings, their arrival required a complete rerouting of the original road up to Camden and Kentish Town, leaving the elegant curve of the Northern somewhat redundant.

Today, after 12 shuttered, decaying years, the reborn GNH’s quirky position and bent have been played as an advantage (despite being Grade II listed, Foster and Partners original 1987 plans for the Eurostar actually saw the whole thing being demolished – for shame) The compromise of modern restoration is a more-than-pokey little reception area, but this serves as a shield from the outside world, allowing guests space to revel in the lofty Victorian aspirations of upstairs.

Already fully enveloped in the hotel’s Zen of indeterminate time and place, we extended a toe back into the real world, sipping a sharpening negroni in the cosy, club-like downstairs bar, (swerving the more raucous, NYC-inspired one at station concourse level).

Plum + Spilt Milk, the curiously named restaurant now fronted by ex-Claridges chef Mark Sargeant had a palpable buzz, enhanced by sweeping views of the commuter concourse melee. From the moment of easing into the banquette seating beneath pendulous golden lights, the service was played just right.

Proudly British small plate starters such as tender cockles and a Yorkshire pudding with roast garlic were each a mini success story, creamed smoked haddock and hen’s egg a more substantial opener, its dreamy textures spot on.

Adopted ‘native’ dishes made up our mains. A delicate prawn and pumpkin curry, scattered with frazzled shallots was a hit with the Missus. My braised rib of beef ‘Bourguinon’ proffered beautifully tender meat, a quality further highlighted by the salty bite of oversized lardons, and all tempered with the carefree decadence of a creamy parsnip mash.

Wines by the glass were mercifully light and well matched. Spanish Flower and the Bee was a crisp white to start, our glasses soon drained. Sicilian Nero d’Avola Caleo an easy red for that rich beef. And our dessert highlight? A hunk of lovely Stilcheton cheese with Eccles cakes. How curiously right.

In the morning, we awoke to an unusual bedside vantage – St Pancras station shrouded in a dense, achingly atmospheric fog. Ethereal light streamed through the tall windows, but it was still tough to get up.

A sterling signature breakfast of eggy brioche piled high with berries left no regrets, however. And then, within what seemed like an instant, we were walking back home along the Regent’s canal.

Accommodation was provided by Great Northern Hotel, rooms from £150 per night
Plum + Spilt Milk, dinner for 2 with wine by the glass, around £85