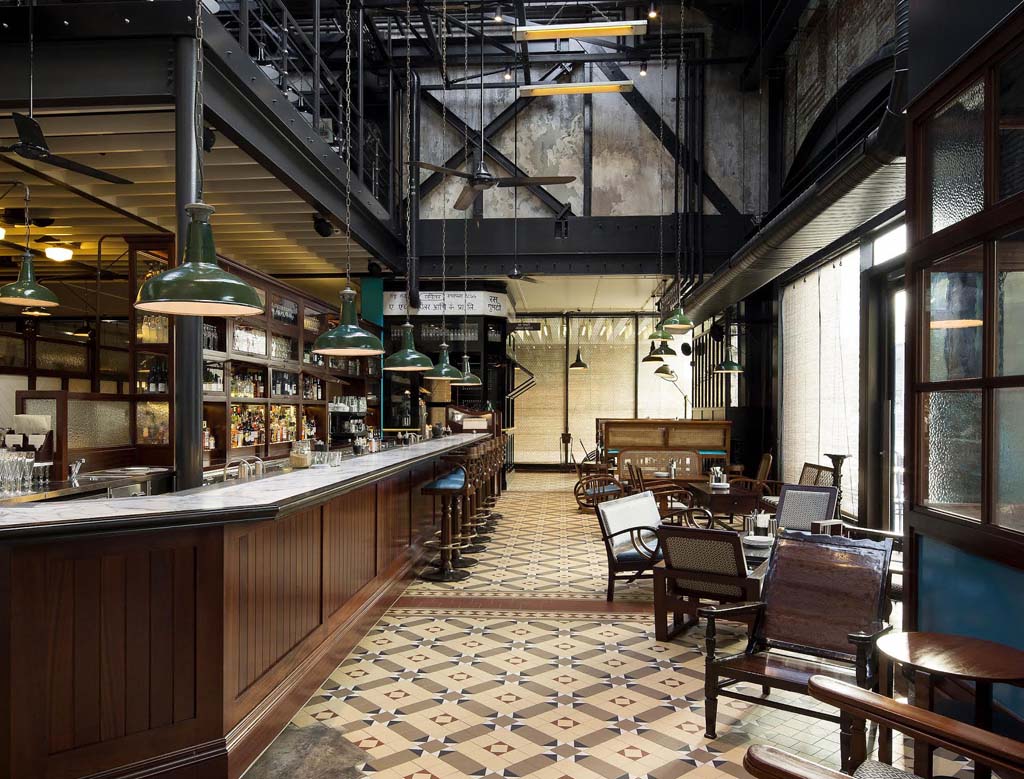 Stable Street is one of London’s newest roads. So fresh, in fact, that many of the buildings along its eastern side have scarcely been been occupied a few months, while the entire western flank and its public park is still very much a muddy construction site.

The semi-isolation makes venturing through the low-key doors of Dishoom all the more remarkable. Inside this vast former Victorian stable block, you’ll now find a restaurant seating 250 people in the main space, with room for 90 more in the basement cocktail bar.

We visit towards the end of their soft launch, but – aside from the occasional arrival of drinks that we haven’t ordered – the joint is already well up to speed. And it’s a juggernaut.

Slick staff whisk us from entrance to table via labyrinthine, bustling passageways. As it all flashes past, the décor is a smorgasbord for the eyes, while the ambiance is infectiously abuzz.

We sit on carefully-sourced period furniture, squinting – as eyes adjust to the atmospheric dim – at some of the sepia photographs on the walls. They pay homage to the Persian immigrants that brought their grand coffeehouse culture to India, upon which the Dishoom concept is based.

Witty signs abound, too. The Bombay café look feels note-perfect rather than themed or Disney-fied, albeit with visible 21st century savvy in place of any faded charms. Even the toilet seats are true to Victorian-era India (perhaps an authenticity too far for some).

To start things off we immerse ourselves deeper still into the spirit of the sub-continent, with a gin-based East India Gimlet, a delicately presented cocktail served with a sprig of dill. An accompanying chilli martini is a fiery interpretation, with an extra bit of exotic welly.

A starter of okra fries come crisp and without a hint of the sliminess that can put people off this underrated vegetable. The dish really comes alive when the zingy dipping sauce arrives, as do the calamari which, for such a similar deep fried starter, manage to carry a completely different set of crunchy flavours and dynamics.

Much of the vast morning-to-night menu will be familiar to devotees of the established branches of Dishoom, but Nalli Nihari is a speciality of this particular house: lamb cooked on the bone, served in a complex dark sauce.

Disappointingly, ours isn’t particularly tender, the meat a little too riven with fat. But otherwise the spicy curry is delicious to the point that the bowl needs to be fully mopped clean with torn hunks of accompanying sesame naan.

Staples such as Gunpowder potatoes from the grill are well realised, charred spuds proving excellent comfort food. Less exciting though was an overly mayo-heavy Dishoom slaw, a rather unremarkable side.

Indian desserts are often a turn-off for those unaccustomed to overly sweet, syrupy blobs, but our faith in this menu to deliver something special is proved correct. Guju chocolate mousse is set off a treat by a smidgen of chilli and salt. And I’m won over by the Kala Khatta Gola Ice, which manages to temper all the sugariness with a salty cardamom infusion muddled through the cooling ice shavings.

As with the décor, attention to detail is paramount across every element of what could described as the grand daily theatrical production now underway here. That means as much local-level authenticity as the Mumbai-imported kind, so alongside London touches such as the in-house India Pale Ale from London Fields Brewery, the history of this huge converted transit shed is woven into an elaborate evocative backstory on the menus.

Dishoom may well be the area’s most exciting opening to date, and that’s against stiff competition. If it’s busy now, just wait until the other side of the street is finished.

Find Dishoom at 5 Stable Street N1C. Lunch for two with drinks, around £70