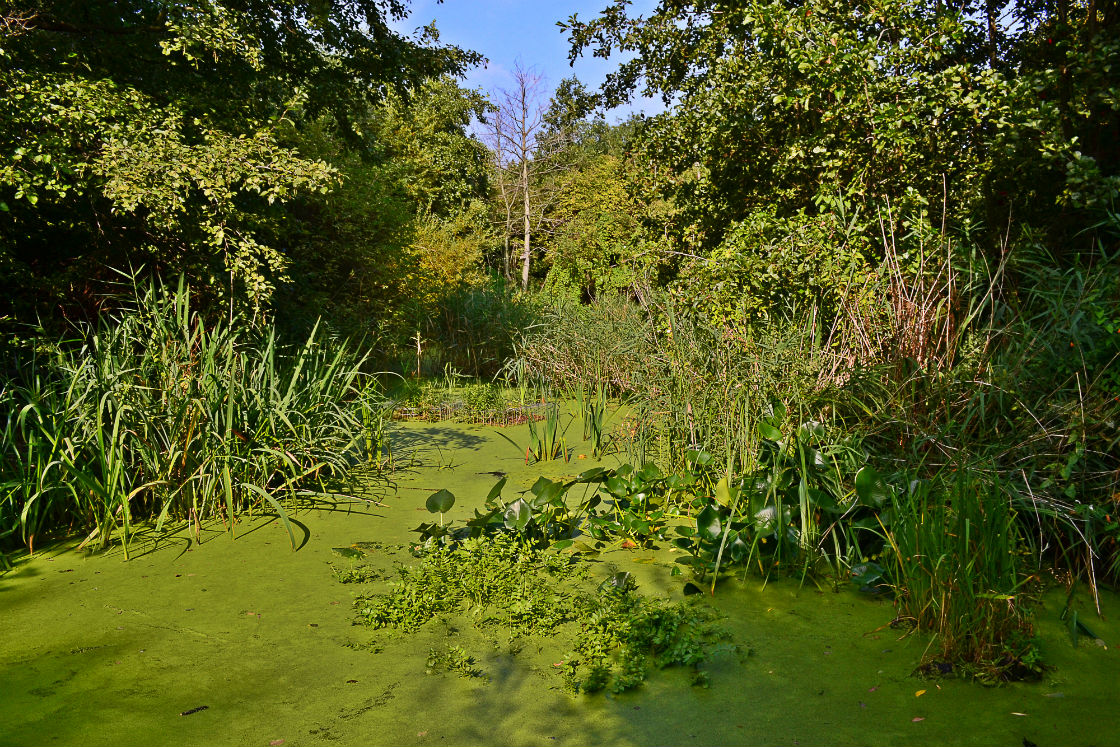 Right now it's better known for its ongoing construction and a slew of great new eateries. But there's plenty of leafy solace to be had too

Yes, the place can get rammed at weekends or whenever the sun’s out, but there’s something about those fountains – with their whiff of the seaside (or at least the outdoor pool) – that transports you instantly. If the weather’s good, laze under the trees at the cute alfresco yellow tables and debate the issues of the day. The more business-minded will take advantage of free WiFi.

A community garden that’s “moveable”, being planted entirely in dumpsters, this project works with young people. The edible results grown here are sold to local cafés and restaurants, including the Guardian canteen. The Skip Garden café is open Wed-Fri (10am-3pm) and makes a tranquil lunch or coffee spot; you’d never know thundering York Way is a moment away.

Attractive painted canal boats are lined up across the eastern side of this breezy Venice-style basin, with King’s Place and the Rotunda terrace in full view opposite. For a good aspect enter via the London Canal Museum (2/13 New Wharf Road) which documents its fascinating history and also has plenty of activities to occupy kids, who can peep inside a narrowboat cabin, learn about the history of the canals and the people who lived and worked on the waterways.

It dates back to 313AD and, though rebuilt many times, is one of Europe’s most ancient sites of worship, with a spellbinding candle-lit interior. The Beatles were obviously impressed: they were photographed in these grounds to promote The White Album.

And the church has been raising money recently through a series of talks and atmospheric concerts, including those held by acclaimed Chalk Farm folk bar Spiritual.

Amongst the gravestones in the St Pancras churchyard is Sir John Soane’s tomb, a Grade Il listed fore-runner of the phone box; nearby don’t miss the Hardy Tree, an ash surrounded by jagged headstones, named after 19th century writer Thomas Hardy, who helped dismantle tombs to make way for the railway.

T this two acre haven for wildlife, with ponds, woodland walks and secret paths, is an essential spot for dreamers.

Originally a coal drop in Victorian times, it was derelict by the late seventies but saved in 1983 from a dreary fate as a bus park by the London Wildlife Trust. And as for the Viewpoint, well, is there a more romantic seat around?

Commissioned by the Finnish Institute in London, this floating platform on the eastern tip of the park aims to bring “architecture and nature” closer together, offering fairly unrivalled views over the Regent’s Canal towards Granary Square one way, and St Pancras Lock and Gasholder No.8 the other. Go early morning or late afternoon and you may even get it to yourself.

Know a luvverly spot in the area you can’t keep to yourself? Pray tell…