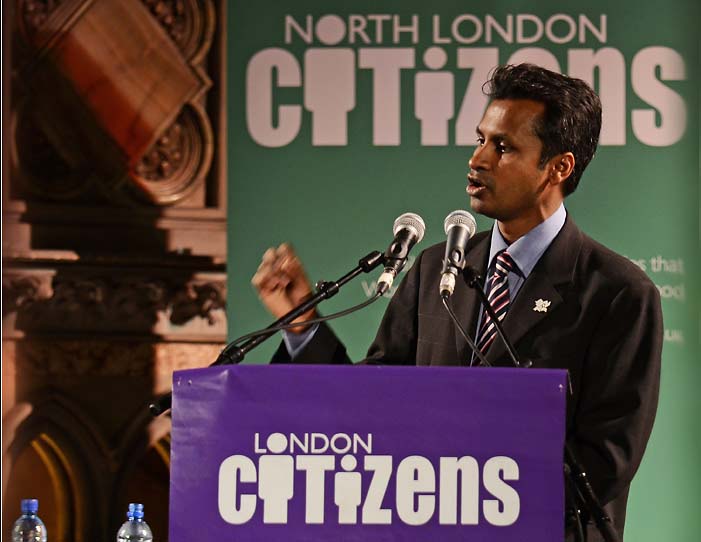 “I hate racists, sexists and homophobes”

Nasim Ali OBE became mayor of Camden at 34, making all kinds of history in the process. He was the youngest mayor in the country, as well as the UK’s first Bangladeshi and first Muslim mayor, too. That experience lead to a stint as leader of Camden Council. An executive director of the King’ Cross Brunswick Neighbourhood Association charity, he made the Queen’s New Year’s Honours list in 2011. He’s represented Regent’s Park ward for over a decade, with a particular focus on diverting the area’s young people away from crime and conflict.

What do you like most about King’s Cross?
I have been working here since 1995. It has, of course, changed significantly. I love Granary Square, especially the water fountains. Whether it’s hot or cold you’ll see children running through them and having a lovely time. We also have some amazing businesses and institutions including University of the Arts, Google and Camden Council.

How are the longterm communities responding to the developments?
There are lots of disadvantaged communities living within the King’s Cross ward across Euston Road and in St Pancras and Somers Town ward. I hope all the new businesses moving into the area work closely with the voluntary sector organisations and tenants and residents’ associations that are trying to support them. I also welcome all the new housing, especially the social housing within the development. We have 29,000 people on the housing waiting list in Camden and these new homes will help ease some of the pressures.

Where would you like to live?
Anywhere in Camden really. I love it here because of the rich social mix and we are all within walking distance of Hampstead Heath, Regent’s Park, London Zoo and Camden Lock.

What is your greatest achievement?
Leading Camden Council to victory in the 2010 local council elections, defeating the Lib-Dem/Tory coalition in Camden. Unfortunately the celebrations were short lived as Labour was soon to be defeated at the general elections and we were faced with the devastating ConDem government. Hopefully 2015 will see Labour defeat the coalition government just as we did in Camden in 2010.

What makes you unhappy?
The increase in street begging and people sleeping rough makes me feel very unhappy.

What is your most unappealing habit?
I really don’t like being late and those around me say I can sometimes get – how shall we put it? – ‘agitated’ if I find myself running late.

What is your guilty pleasure?
I like visiting the food stalls in Camden Lock Market. As long as I can go for a long walk in Regent’s Park with the family afterwards, I can almost justify eating all that cake.

Where do you hang out?
I love going for a curry at the restaurants on Drummond Street, near where I grew up. And these days I’m often found tucking in to a Rajasthan Laal Maas, a very spicy lamb dish at the award-winning Namaaste Kitchen on Parkway.

Who or what do you hate and why?
I hate racists, sexists and homophobes. I also have a dislike for the coalition government who are blaming the most disadvantaged people in society for the failure of their poor policies.

What’s been your best experience? And worst?
My best has been having three sons, two of whom were born in the Royal Free hospital and one rather unexpectedly at home. I also cherish the moment when I met Nelson Mandela. The worst was facing the charge of the police horses as a protester during the poll tax riots, when hundreds of innocent people were hurt.

What’s the worst thing anyone’s said to you?
“Go back home”, but that was 25 years ago.

Tell us a secret.
As a child I was almost arrested for picking apples in Regent’s Park.

Describe yourself as an animal.
It would have to be a Bengal Tiger, generally very calm but fierce under attack.