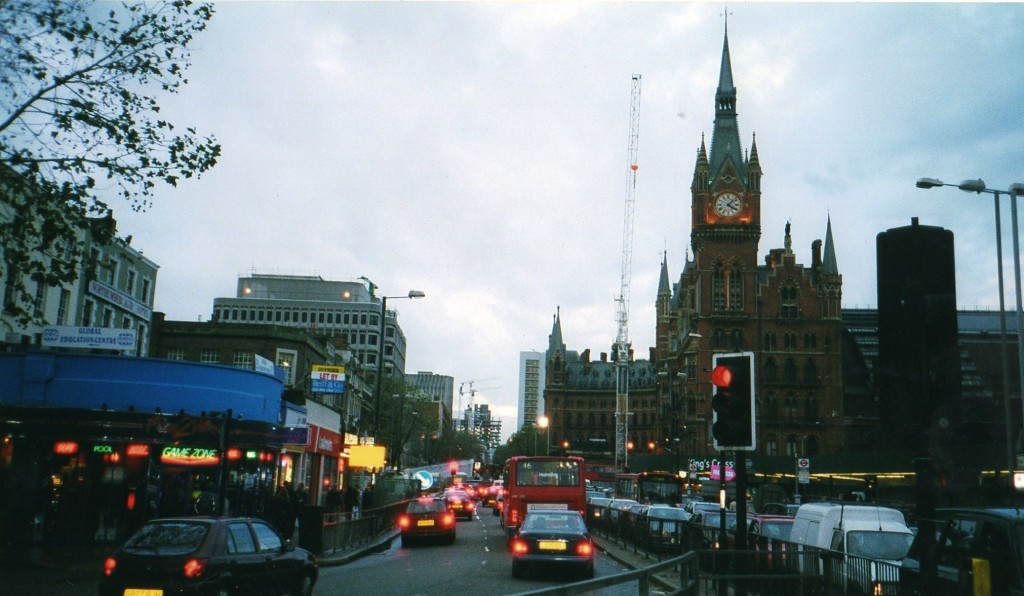 ‘I hope it will always retain its Londony London-ness’

Writer, artist and creator of our King's Cross cultural map Sian Pattenden on her enduring love affair with the neighbourhood

King’s Cross I knew from afar until the early 90s. To many it represented the rotting teeth behind London’s beaming smile. Stepping off the train, the stinking Euston Road was often the first part of the capital that many visitors would see.

The monolithic station was play to a somewhat transient population which invariably attracted the darker elements of the city – drugs, knife crime, prostitution, sex shops and bad fast food restaurants. The ghosts of over a hundred years ago still haunted the area. Victorian Artist Walter Sickert, who painted the prostitutes in Camden Town. Charles Dickens, who obsessively walked through these streets, observing the poverty and desperation of the families who had no other choice but to be poor. The novelist GK Chesterton, who wearily noted the “iron heavens” and “cloudlands of great smoke” of the heavily industrialised area. And yet – and yet –

King’s Cross was good fun. I lived on Eversholt Street for a couple of years in 1992 and it was rough then. There was a brothel up the road and drug-dealing in Oakley Square. We were near the fish and chip shop, though, and Transformations. We would watch as a suity-type man would walk in and a few hours Bet Lynch would walk out. It was a short crawl to the pub and to the West End. It was an amazing place to live but you didn’t want to walk alone late at night, not unless you were really drunk and didn’t care anymore.

And yet – King’s Cross had a sophistication, an elegance. My flatmate introduced me to the British Library, when it was still in the centre of the British Museum. I used to walk around Bloomsbury just to take in the air. Sometimes we picked blackberries along the canal but they would make you sick (God knows who/what pissed on them). Clubs like The Cross and Bagleys were big then – you could quite reasonably stay up all weekend and, because everyone else was doing it too, no-one minded if you were a bit sluggish by Monday and mostly dead on Tuesday.

I used to look for military clothing in Laurence Corner on Hampstead Road and go to the vegetarian Indian places on Drummond Street. I once saw Kevin Rowland from Dexy’s Midnight Runners in the WH Smith by the station wearing a dress, when he was in that phase.

By 2000 someone had told me King’s Cross was “going up in the world”, but it was still filled with bed and breakfast hostels, dubious massage parlours and smelly clubs in condemned warehouses. Soon after, however, it happened. Because King’s Cross is central, historic – yet not been given unofficial museum status like parts of Paris have – it eventually attracted the property developers, the art schools and fancy cafes. It saw the rebuild of the new British Library, it snatched Eurostar from quivering Waterloo and got the Guardian.

Rapacious, corpulent, now almost executive – but some parts are down at heel still (the bits that I like). It has an edge, that overused term. Maybe it’s kept in line by the vast swathes of Somers Town and its estates which breathe cigarette smoke over the salarymen. Maybe it’s the fume-spitting trucks thundering on York Way and the beer cans floating on the Regent’s Canal.

Maybe Kevin Rowland is still standing in WH Smith, in a dress, watching commuters buy overpriced bottles of water and a copy of the Daily Express. Maybe King’s Cross will always retain its precious Londony London-ness. I hope so.

Sian Pattenden created the King’s Cross Cultural Map, which featured on the cover of our first print issue of Gasholder. Buy a limited edition print from our online shop.