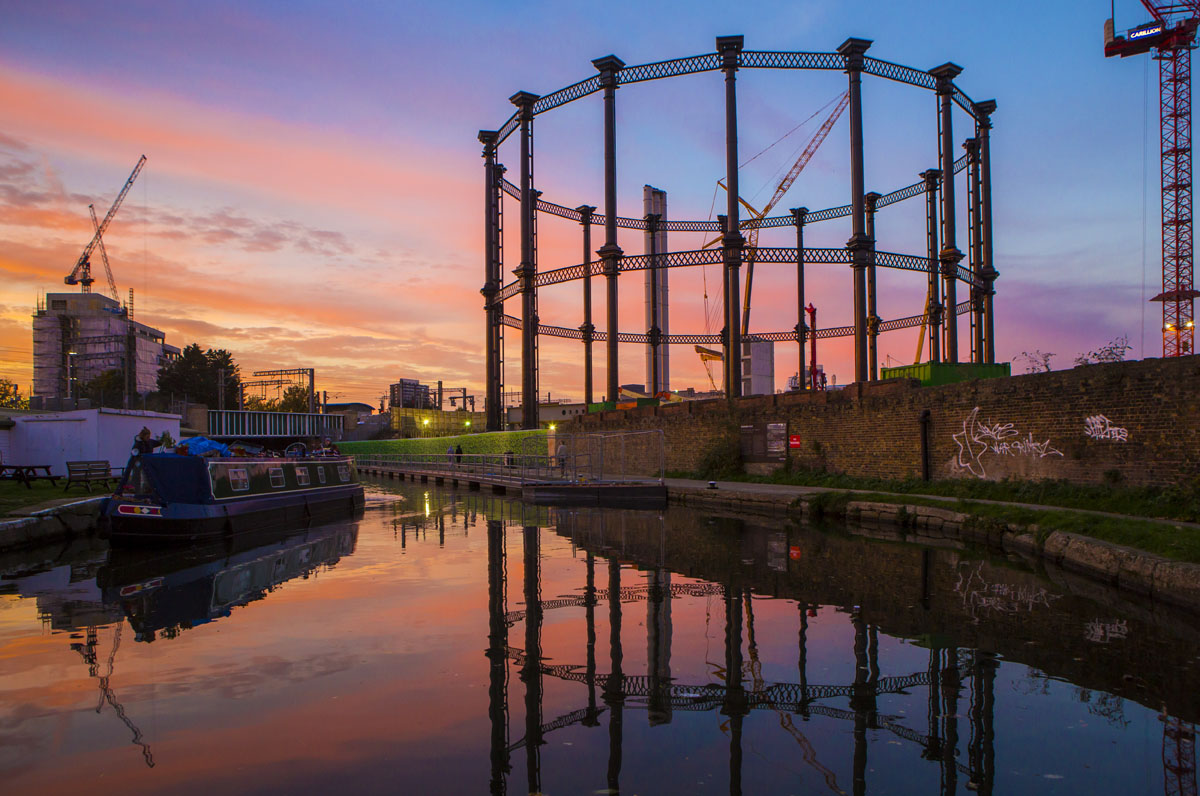 The simple story of a gas holder

Not familiar with these iconic Victorian structures? Here's a brief tale of how they came to King's Cross. Plus: a potted history of the area in 100 words

Did you know these iconic structures have been KX residents for over 150 years? Originally constructed by the Imperial Gas Light and Coke Company, the canalside gasholders formed part of what was then the largest gasworks in the world.

Of 23 frames, nine were large, and seven remained until the construction of the high-speed rail link. All but one – Gasholder No.8 – were taken down until it too was dismantled in 2011.

But happily No.8 returned in 2013, re-erected on the north side of Regent’s Canal overlooking Camley Street Natural Park and St Pancras Basin.

The good news is that this’ll be the site of a brand new park being unveiled next year, with landscaping, lawns and rows of plane trees, open right onto canal towpath. The frame itself is set to house an event space, with a whopping capacity of 2,250 people. So it really does symbolize the cultural revival of the area.

Meanwhile, gasholders Nos 10, 11 and 12, known as the Siamese Triplet because their decorative frames are joined by a common spine, will be re-erected shortly around a series of new apartment buildings.

Shhhhhhh! A potted history of KX

Like many parts of London, progress and decline has characterized the area, from its beginnings as Roman camp – and mythical location of the battle between Boudicca and Roman invaders – to the coming of the railways in 1852; and, finally, 20th century post-war decay.

Current regeneration can be traced to the 1980s, when cheap rents and a central location were attractive to artists including Anthony Gormley and Thomas Heatherwick. By the 1990s it was the epicentre of London’s clubbing scene, which we have celebrated with global stories on our sister site Kentishtowner.

Fast forward to the 2007 multi-million pound restoration of St Pancras International, the creation of Granary Square in 2012, and rebooted King’s Cross station last year and the future is, as they say, just beginning.