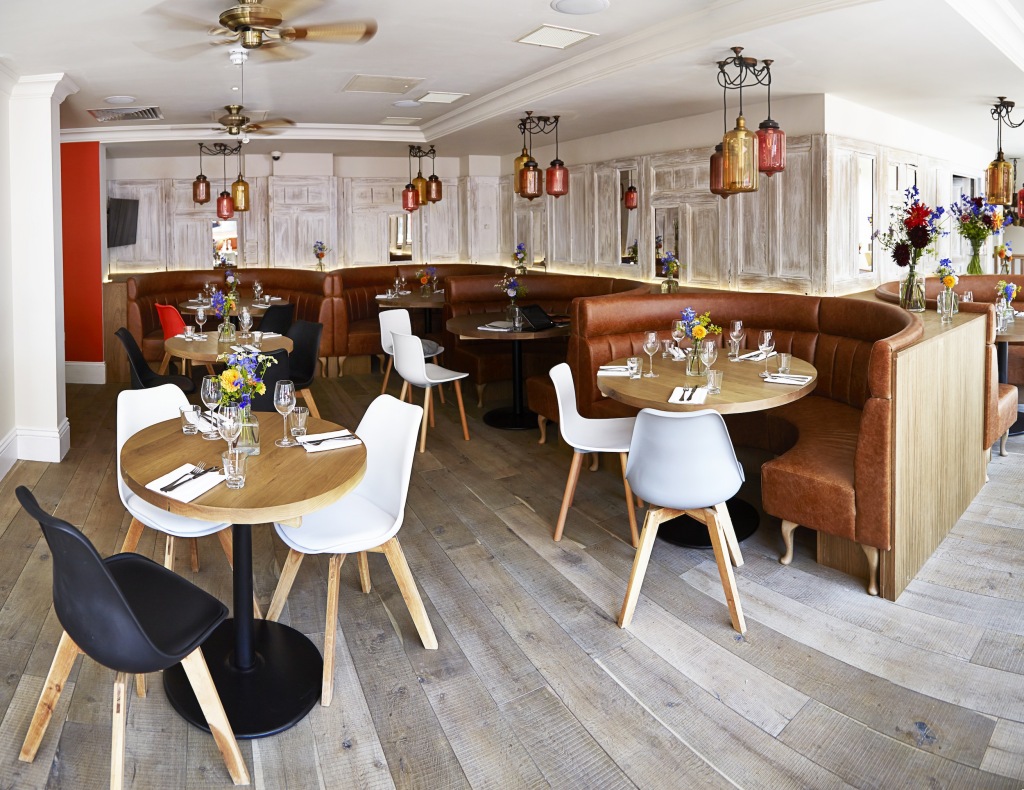 Think.Eat.Drink is the latest hot opening on the lower slopes of Caledonian Road

Nearly a decade ago, two restaurants opened in the hinterland of King’s Cross that, in retrospect, would foreshadow the huge culinary strides the area has taken in the last few years. The first was telly chef Oliver Rowe’s Konstam, which famously sourced “85%” of its ingredients within the M25, with delights like trout and grilled pigeon breast on the menu.

The other was Acorn House, a sustainable, ethical social enterprise with low carbon footprint, which one broadsheet scribe rather feverishly declared “the most important restaurant to open in the past 200 years”.

Both are now closed. But the good news is that the latter’s founder, Jamie Grainger-Smith, launched his new venture T.E.D (Think. Eat. Drink) on the Cally Road earlier this summer, and it’s already a smash hit. Packed on a midweek lunchtime, it’s a small and stylish dining room with open kitchen and downstairs bar. Laidback service lends it a neighbourhood feel, a refreshing change from the destination joints on Granary Square, while being only a five minute stumble away.

Mains are all on-trend and as ethically sourced as possible, including pollock with summer veg and anchovy, or skirt steak with beetroot puree. But as it was a stuffy, overcast September day, we chose to share several starters instead.

Cornish crab with pink grapefruit and radish (£8) was served on toast, therefore tricky to carve into two, but delicately fragranced, with a zesty kick. More fiery was an almost eye-watering steak tartare (£8), topped with a creamy free range yolk; while tender squid with curry leaves and roasted cauliflower (£7.50) matched earthy and spicy flavours with textural interest.

Most beautiful, however? A plate of beetroots, Kentish cobnuts and goat’s curd (£7), let down by being a tad over-salted. But still: with a sole bottle of water on the drinks bill, the total was only £37.69 with service, good value for dining at this level.