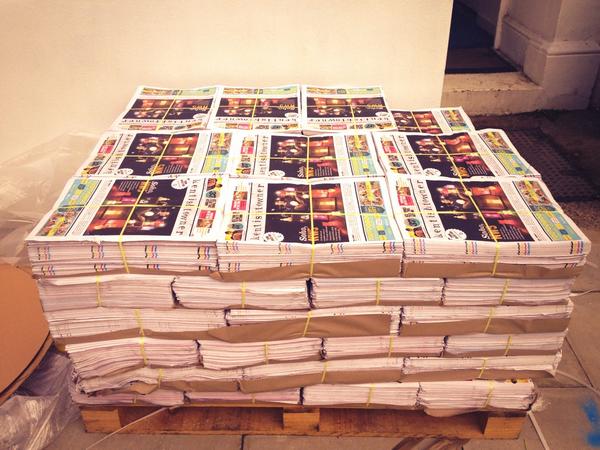 We hit the streets on Friday to deliver 10k copies of our brand new, totally free 24-page guide to all things King’s Cross, St Pancras, Euston (and beyond) across 8 London postcodes.

The joint issue of Gasholder/Kentishtowner is currently to be found at over 90 key pubs, bars, shops and cafes. Check out the interactive map below – or the analogue-style list, if you prefer – to find where to get yours.

The debut issue offers taste of north London’s fastest changing neighbourhood: there are interviews with community figures, including the UK’s first Muslim mayor and a twentysomething coffee guru, a rundown of the tastiest places to eat on all budgets, top tips to lesser known attractions and galleries, and a specially commissioned cultural map on the cover by our artist Sian Pattenden.

If you like the map, you can buy lovely, limited edition print here.

Why not also follow us on Twitter at @gasholderLDN and Facebook at Gasholder.London as the online service will be getting fully up and running over the coming days, so you don’t want to mis out.